All coming time ago when we discovered the fantastic X-Plane simulator. Was be a migration from the old Microsoft Flight Simulator X, but it was easy to fall in love with the great work of Laminar Research, founded by Austin Meyer.

We start with a pilot project LECH Castellon - Costa de Azahar in his first phase. X-Plane.es comunty was recive it very nice and this was the point were we decided that we have to form us for give beter and high detailed sceneries.

In our experimental works we developed LRBS Bucharest Baneasa, LROP Bucharest Otopeni and LRTR X-Plane Timisoara, with a great succes rate, but one we get to level up our skils in texturing tehniques and 3d modeling. In this we inverted a lot of resources to mark an development process and with this has come to out LRSB Sibiu wich has our first fully detailed scenery.

Months later, we thinked that LECH Castellon - Costa de Azahar need to be Freeware Scenery for X-Plane, with a new look developed with the news tehniques. After this succes we followed to migrate our old projects and this is how LRTR Timisoara v2 has finished, in the same way we make some colaboration and aportation to LRCK Constanta developed by Catalin

In 2014, we changed area of developments and 2 year after we surprised X-Plane users of Spain with LEVC X-Plane Valencia and at finaly of year the all users who follow us with Christmas present: EFRO Rovaniemi also called the Santa Claus Airport, to fly to and from this, located in Finland.

After FS Magazin greatest reviews in his magazine, X-Plane Reviews and we decided that in 2015 will try to develop our largest scenery: LEBL Barcelona wich has cost us more than 8 months of development because huge 3D modeling and 3D texturing task, but has been recomensed by users happiness and satisfaction with the results of this waited scenery.

It all starts as a hobby but quickly has become part of our life and even if we are small team, we have big progreses as team, and we have a lot of work to do in our list. We started 2 lastest migration to LRBS v2 and LROP v2 and also we worked at LXGB - Gibraltar and LEIB - Ibiza . In future we wish to make more larger airport scenery like LEMD - Madrid, EGKK - Gatwick. 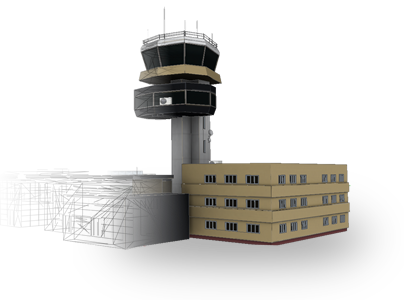 Our view and wishes

We love things does with love, diferents and we like to flight from airport and arrives in another with his local touches where expect real and diferent intensive feelings. For this reason we intent to not repeat element in our scenery and wish to be unique, for theis reasons our developments cost us much to finish it. For this reason we performed our skils in 3D modeling, 3D texturing and positioned us important X-Plane developer. Take a look of to get greats moments in all our X-Plane sceneries .

We are open to any local administrations, collaborations, institutes, schools, aviation learning centers, for news developments. If you are interested you can contact us at: Support

We choose X-Plane because we made a bet for this simulator that can spread a lot in future. Is certified by the Federal Aviation Administration and supports VATSIM and IVAO platforms. In the last has made great progress, and we seriously studied from version 8 onwards. Because of demand we seriosly think to try convert X-plane to FSX, one of our sceneries but for now we dont know, when or wich one of developed.

If you want to make a contribution:

¿Que comentan sobre, About Us?

Marc Rico dijo:
How can I download the sceneries that I previously owned on the Dai Media page?

VAirports dijo:
Hi Marc! You have to login and go to /account.html and you can get as before the change, we are working to update all info soon!

Ron dijo:
I have an account with the name chrysler300w@netscape.net. This was setup when the web site was http://www.dai-media.com/user.html. When I try to login I get a message that the name and password do not match. How do I reset password?rnThanks, Ron

Vic dijo:
Hoy can i recover my pass? i dont remember it

Cpta Alex dijo:
@Vic and @Ron we sent you email for recover password. You already cand login from the form and you can get your scenery anytime! Cheers!

Valentin dijo:
Do you plan to update the current LROP & LRBS sceneries? I believe there is some nice work to be done to bring these two airports up to date. rnThanks!

Ed dijo:
I recently purchased your LRSB scenery and I was not sent any download link. The PayPal transaction went through and I have nothing to show for it.

TommyCora dijo:
Sorry for multiple messages, that was a mistake on my end.