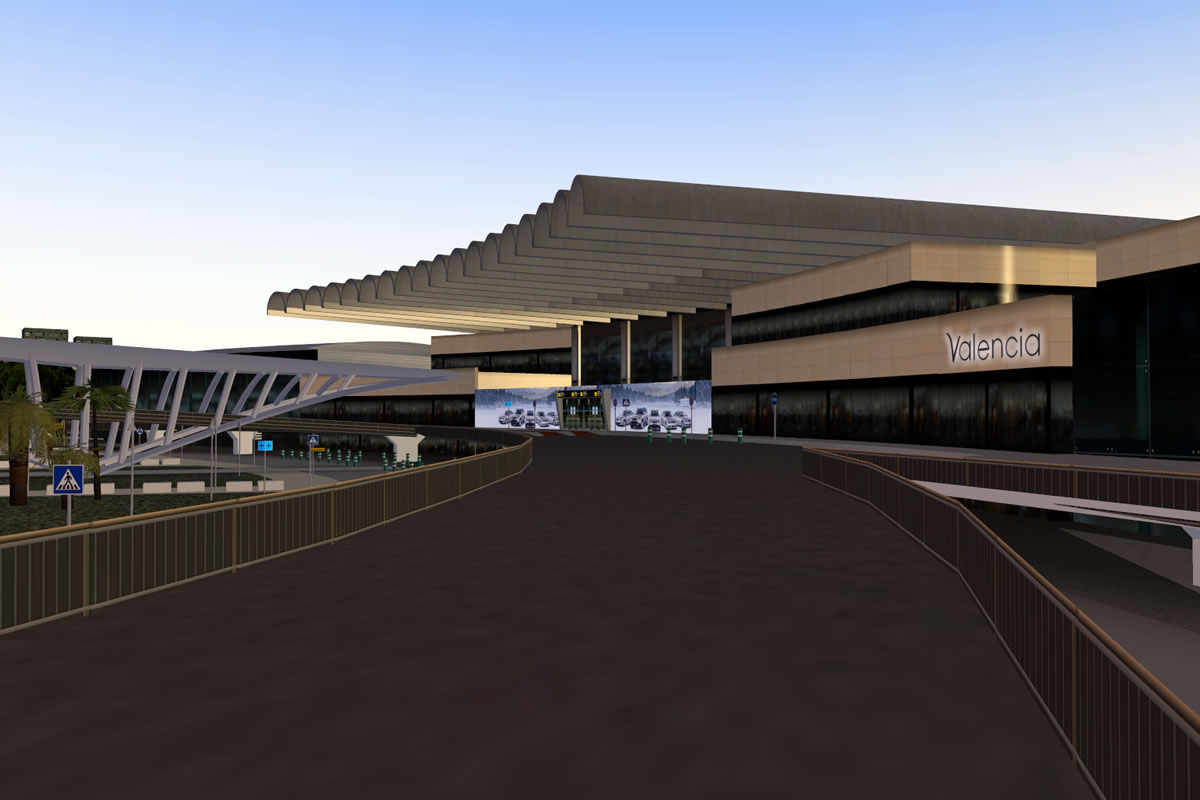 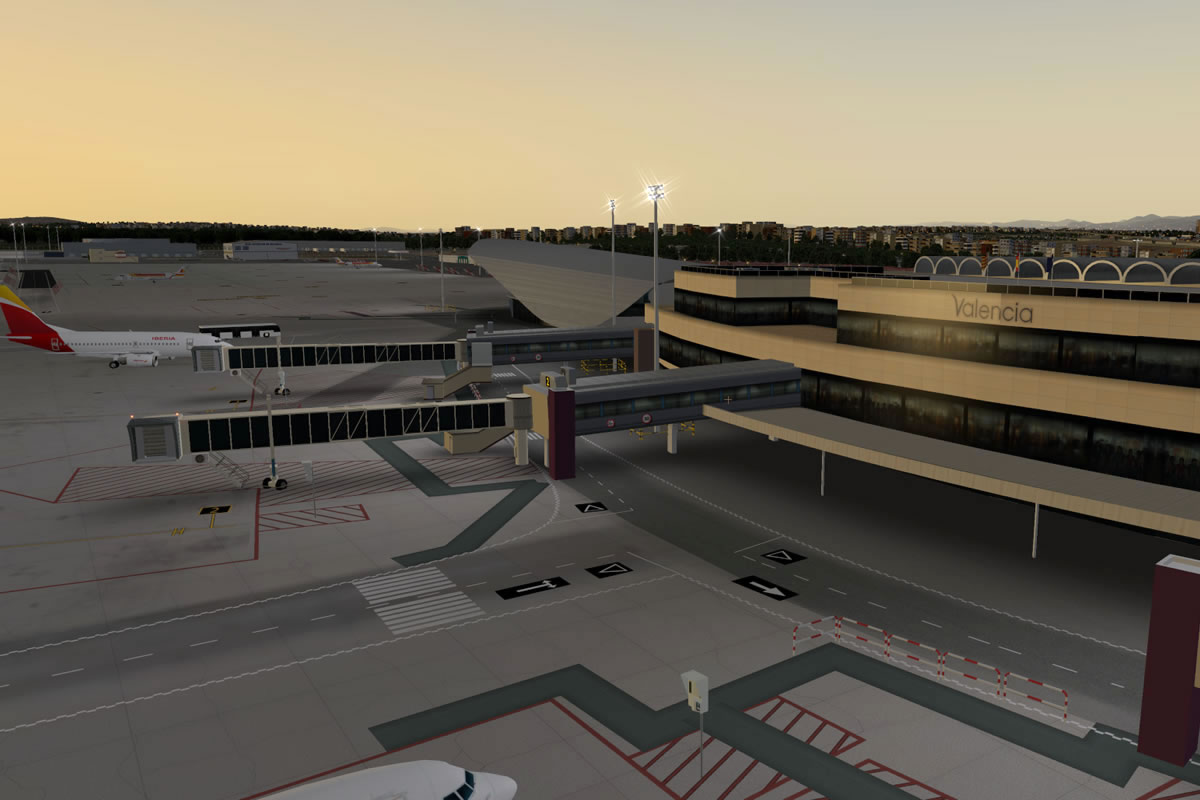 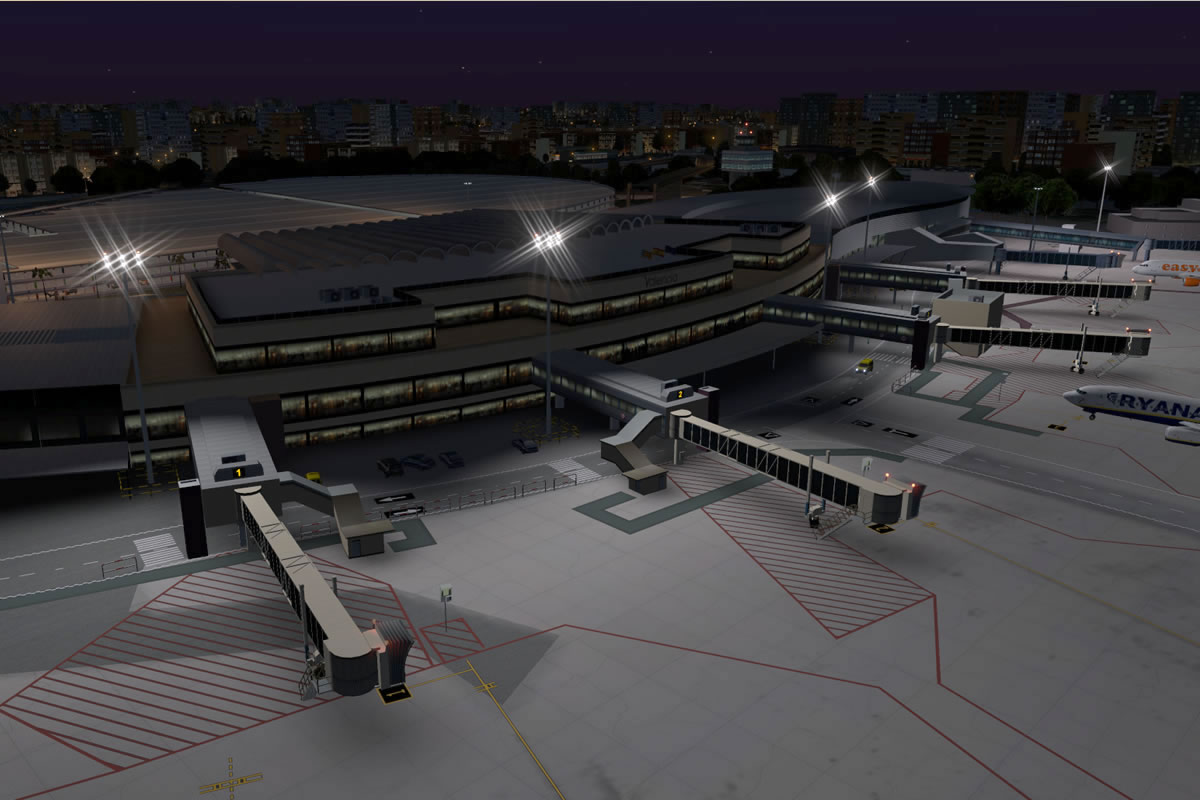 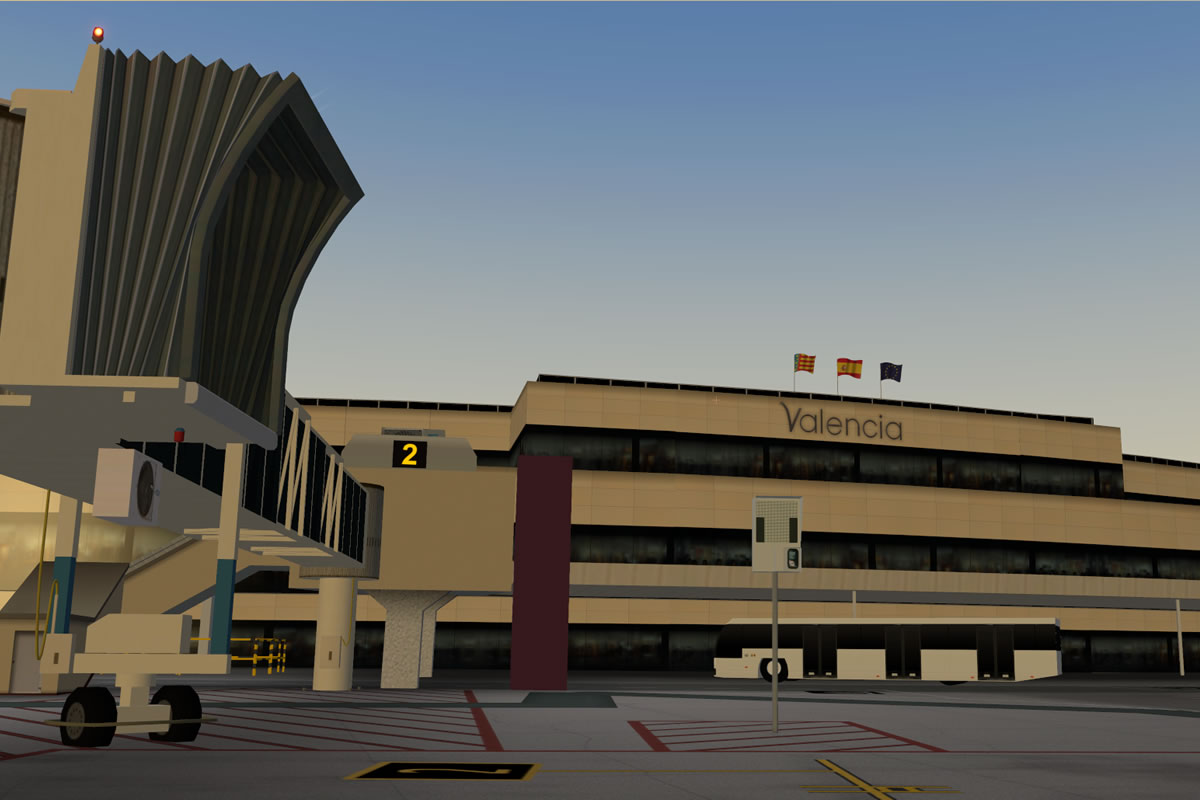 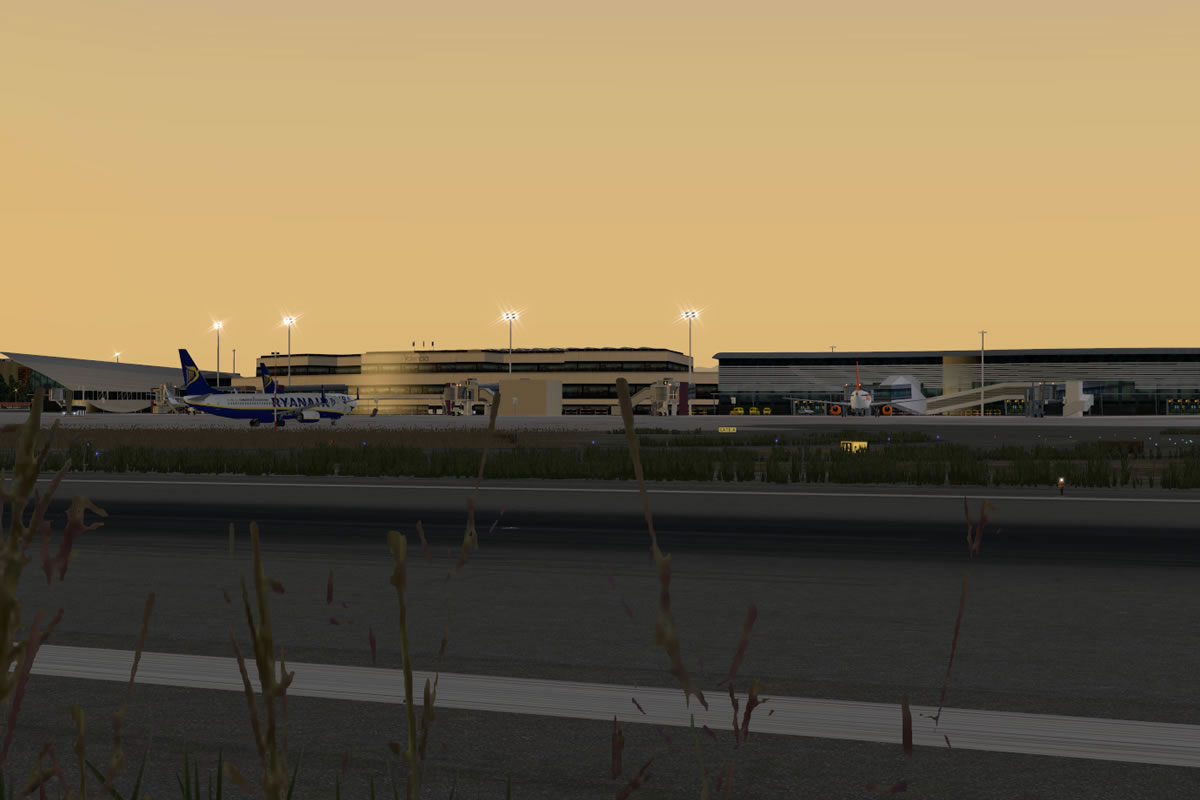 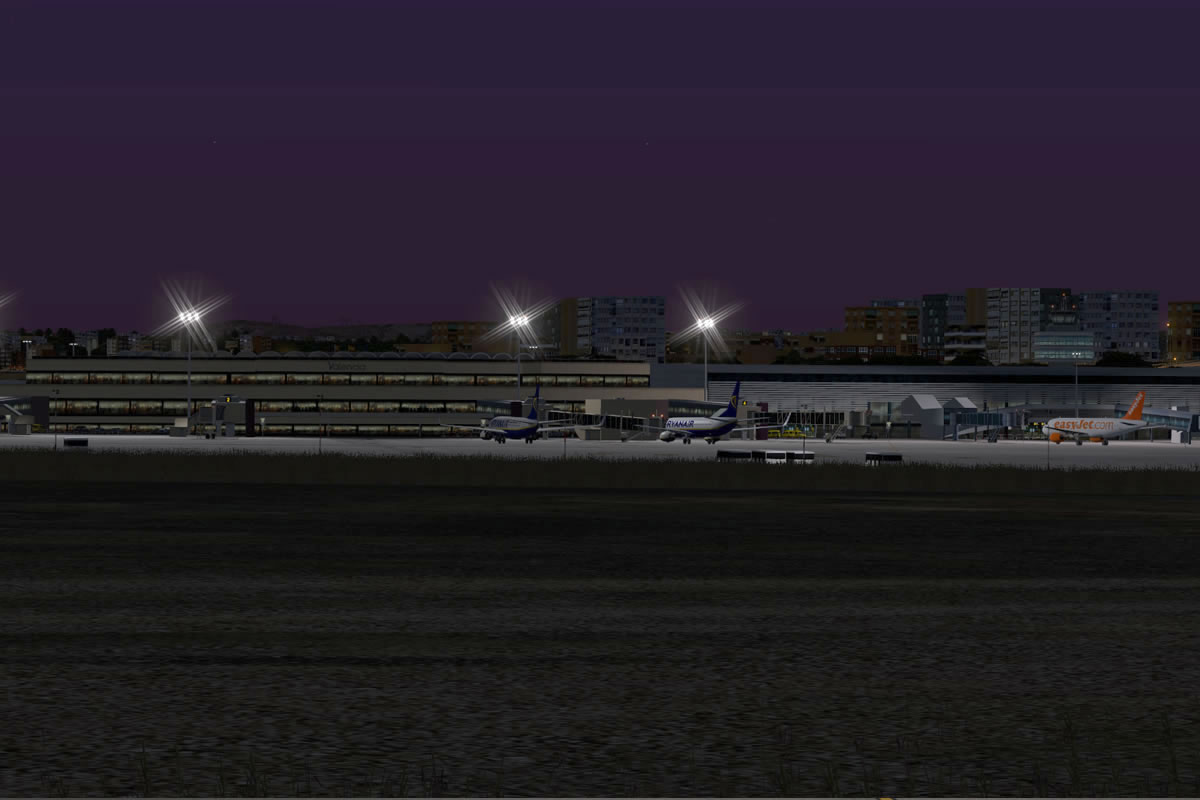 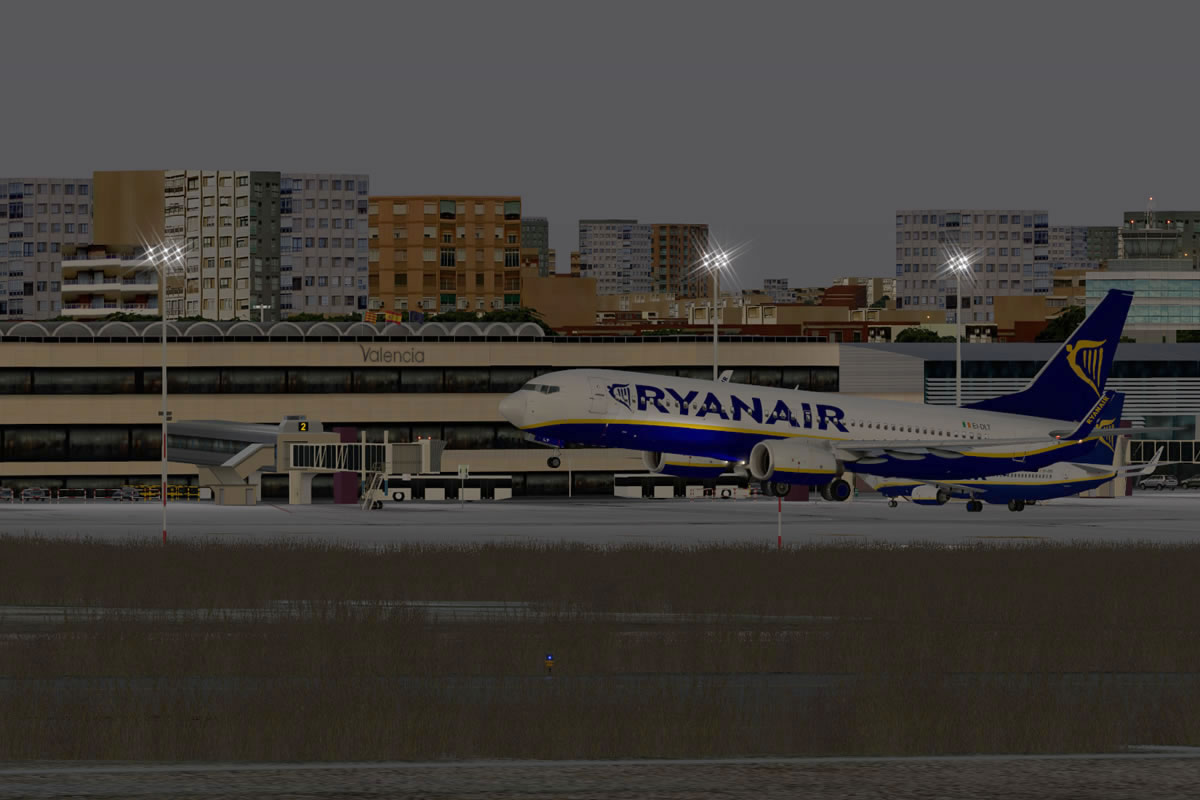 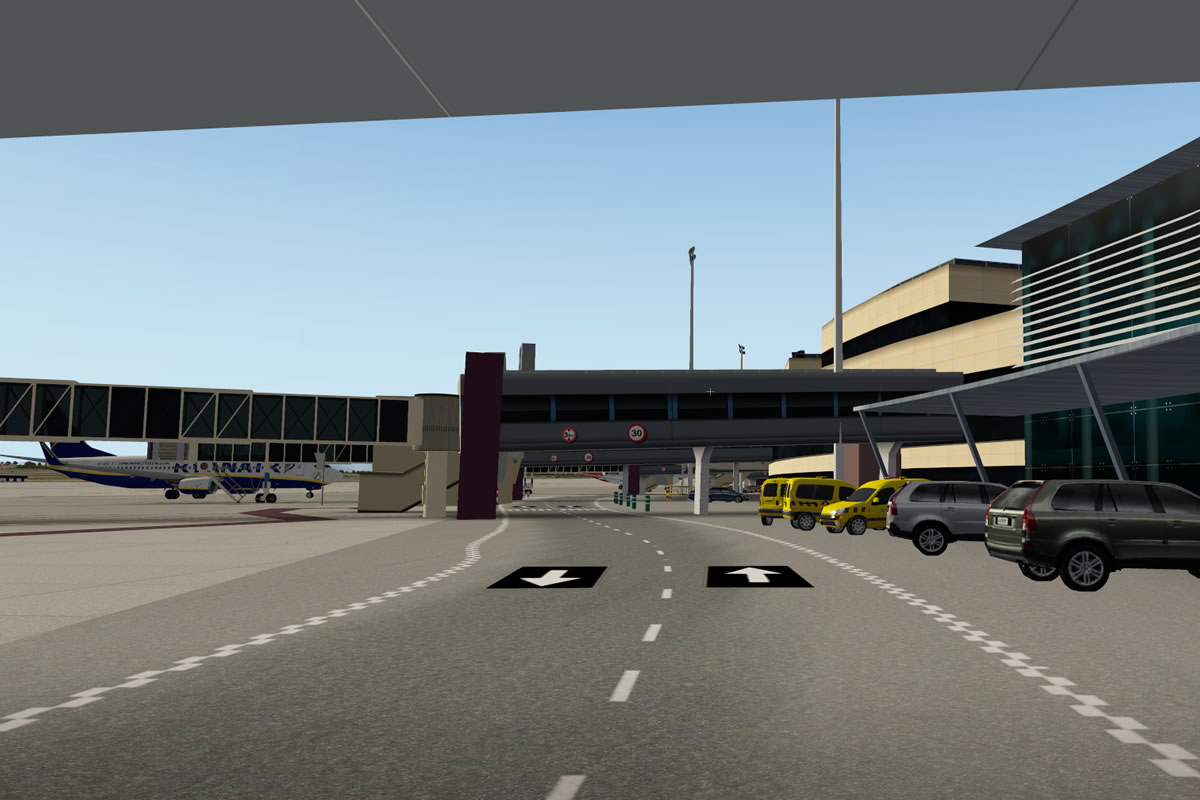 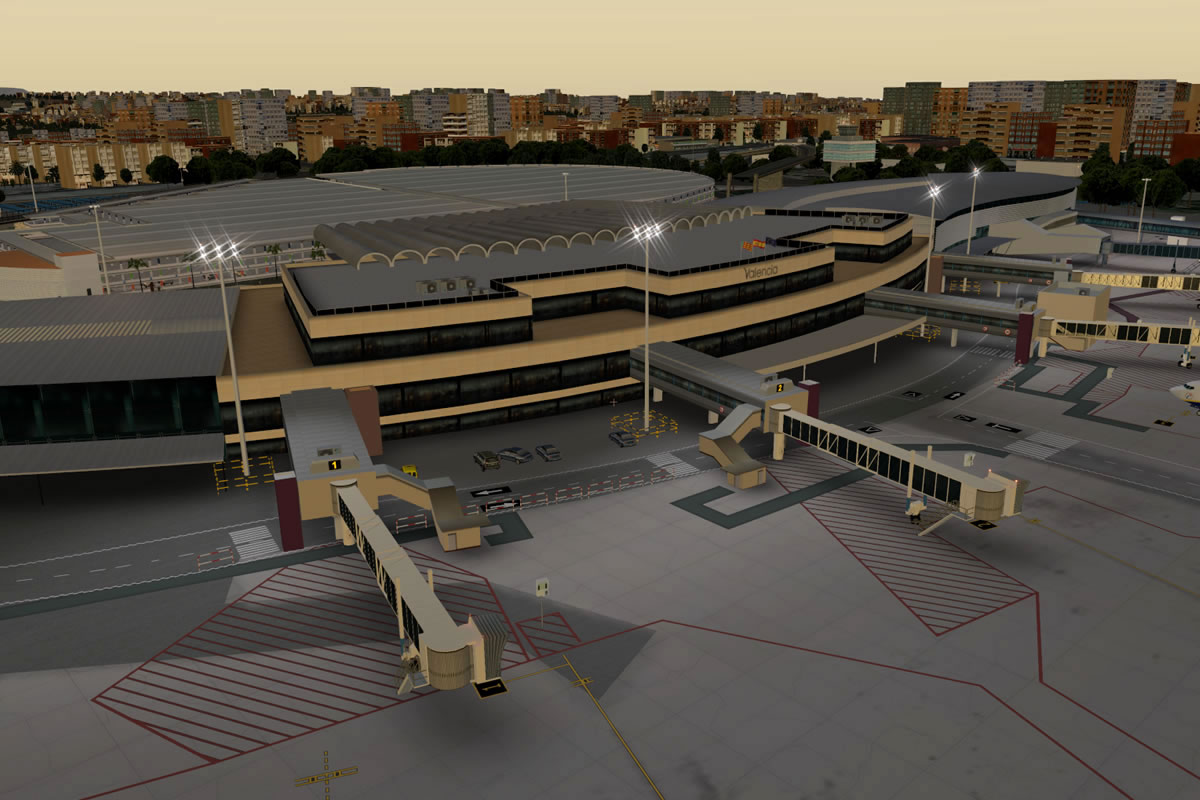 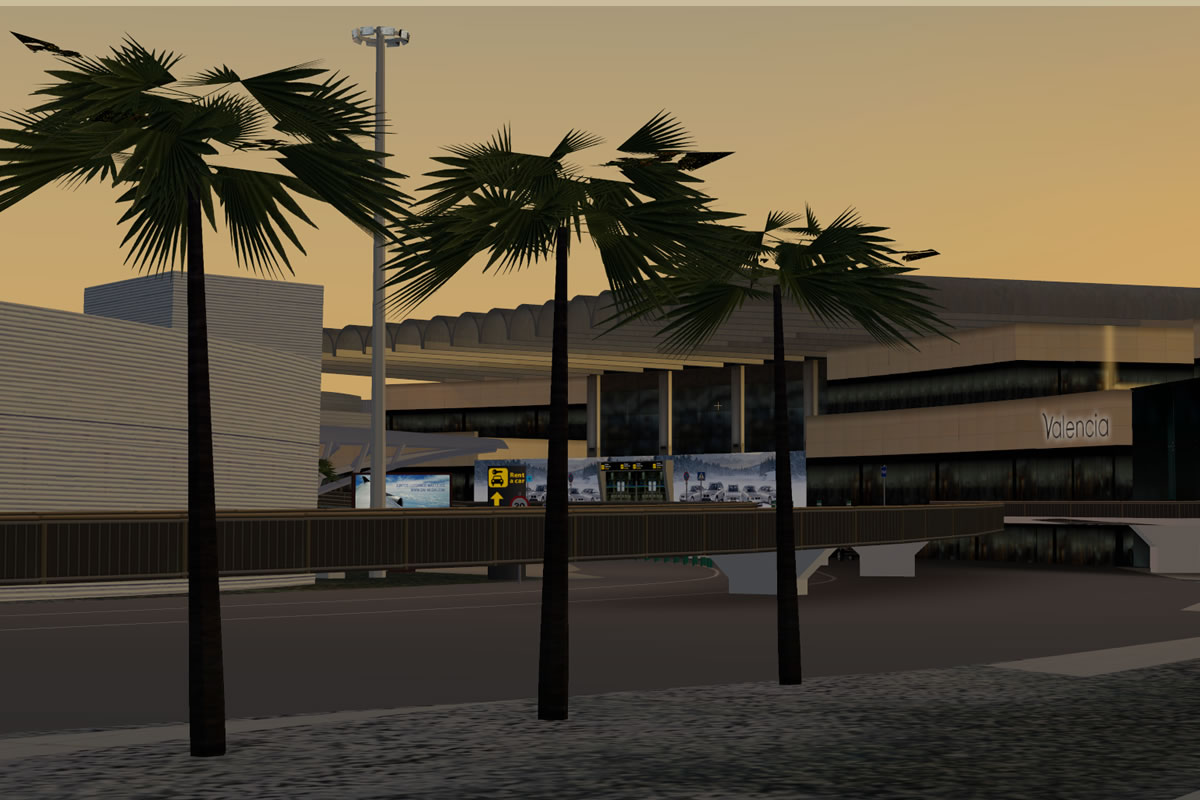 After five months of hard work finally, we finished with successful this scenery, where we tried to give most relalistic design and touch, updated to currently. This scenary has full custom runway, the new T2 terminal, parking designed entirely and many more objects that make you forget that you are in a simulator. For unfamiliars with this airport, the marks in grounds and taxi light signs are also present for guidance to the gates or runway.

Valencia Airport in Manises, also known as Manises Airport, with ICAO: LEVC is the 8th busiest Spanish airport in terms of passengers. It is situated 8 km (5.0 mi) west of the city of Valencia. The airport has flight connections to about 15 European countries and 4.98 million passengers passed through the airport in 2011. The airport has two terminals and one runway active. The former runway 04/22 is not in use and has no ILS but has a helipad at the southwestern end.

A new regional terminal, expanded car parking facilities and apron area have been recently constructed in time for the 2007 America's Cup. The runway has been also lengthened by 50 m (160 ft).

It is the main base of Iberia’s regional carrier Air Nostrum. Irish low-cost airline Ryanair used the airport as a hub since 2007 but decided to close it in November 2008 following a row over subsidies by the airport authorities. Since then the airline has continued to operate out of Valencia but as a relatively large destination airport, and not a base. Ryanair later announced on 23 June 2010 that it would re-open its Valencia base with 2 based aircraft and 10 new destinations from November 2010.