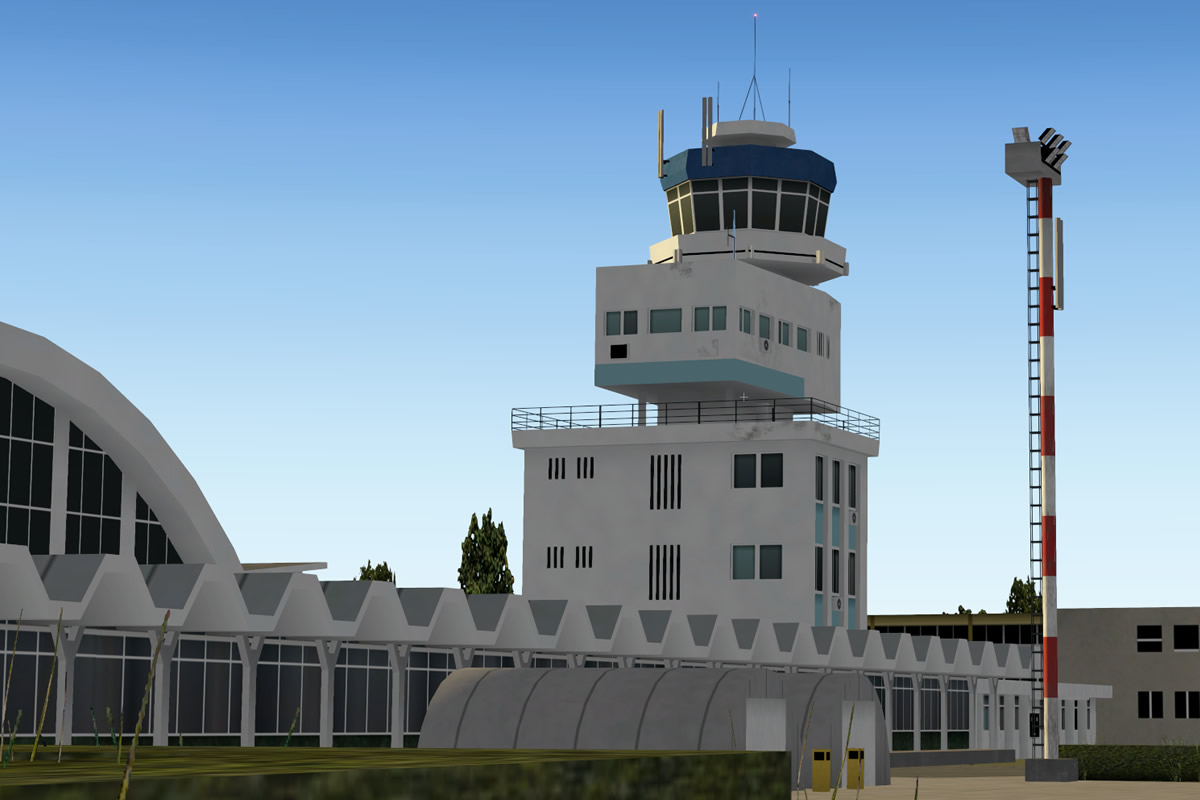 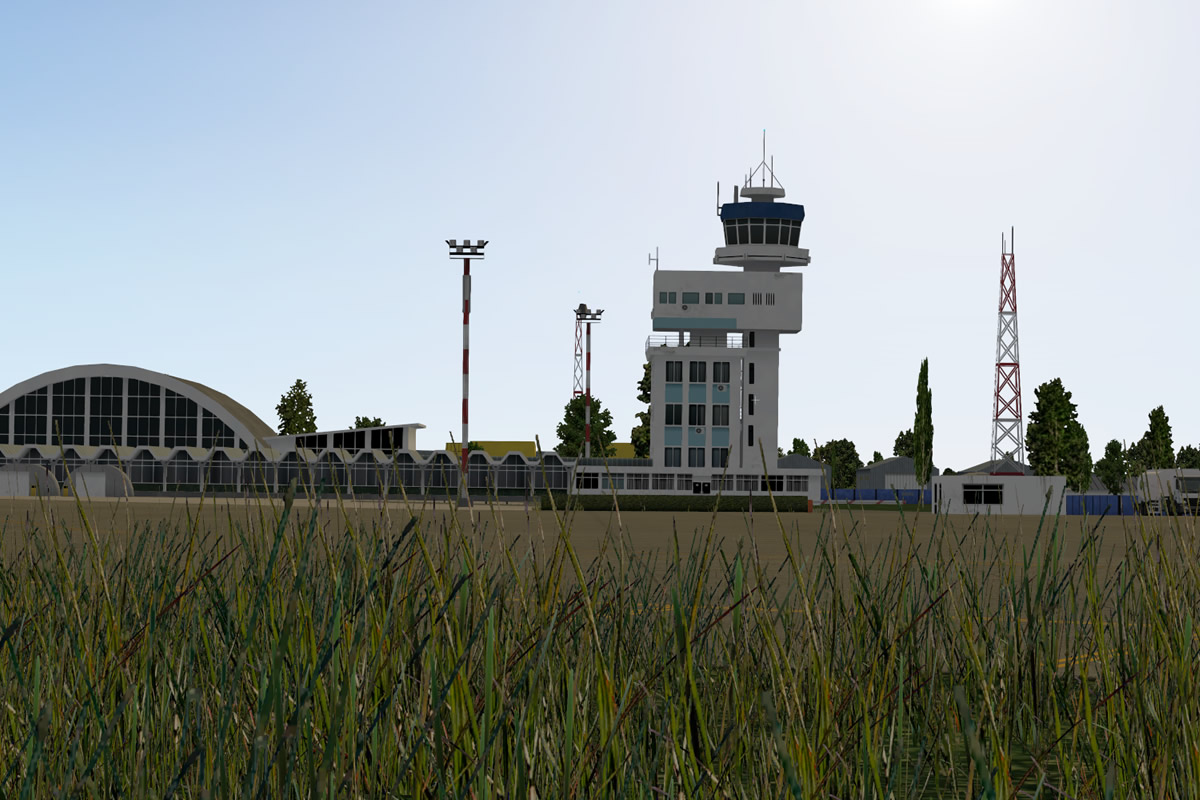 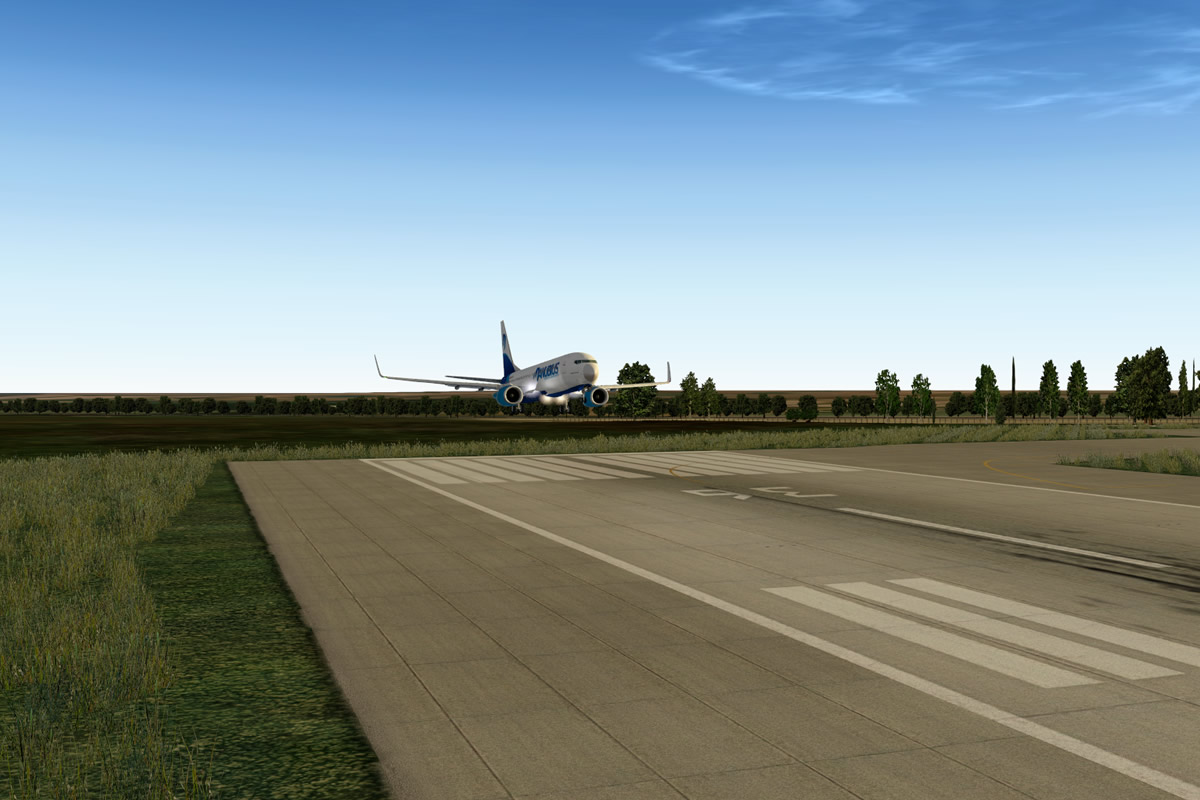 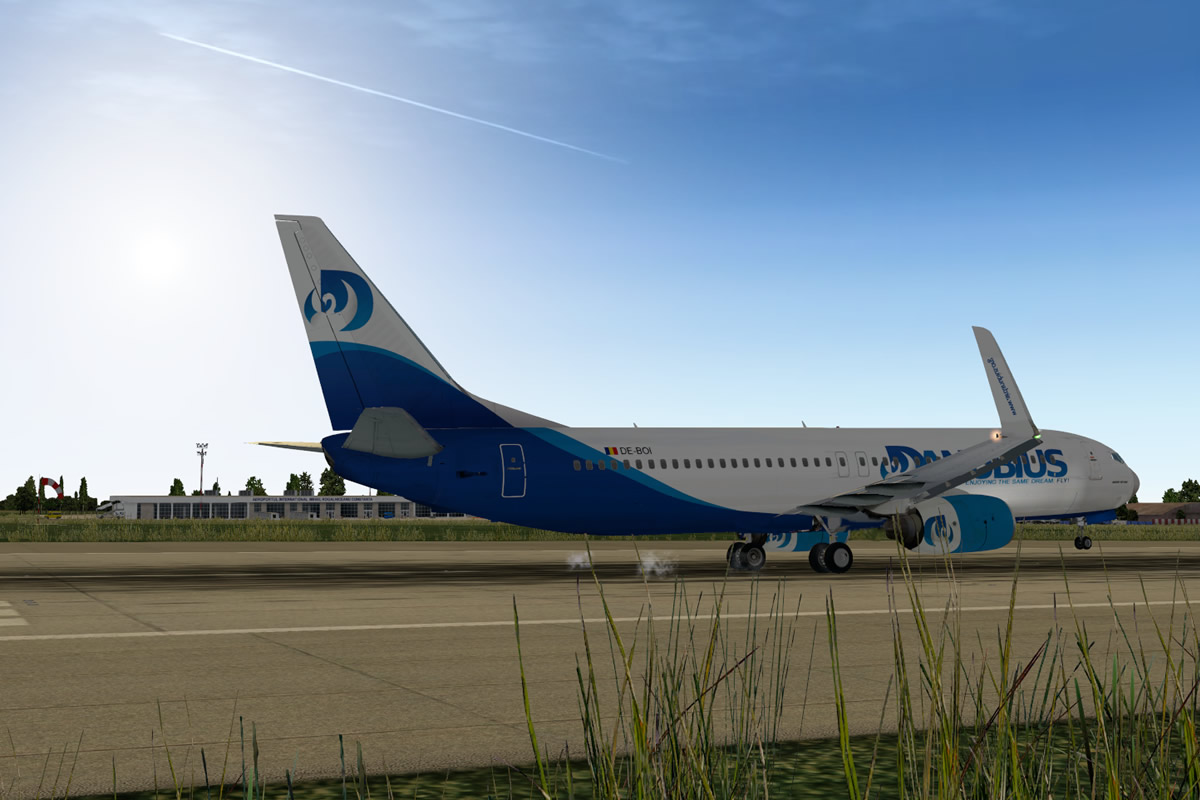 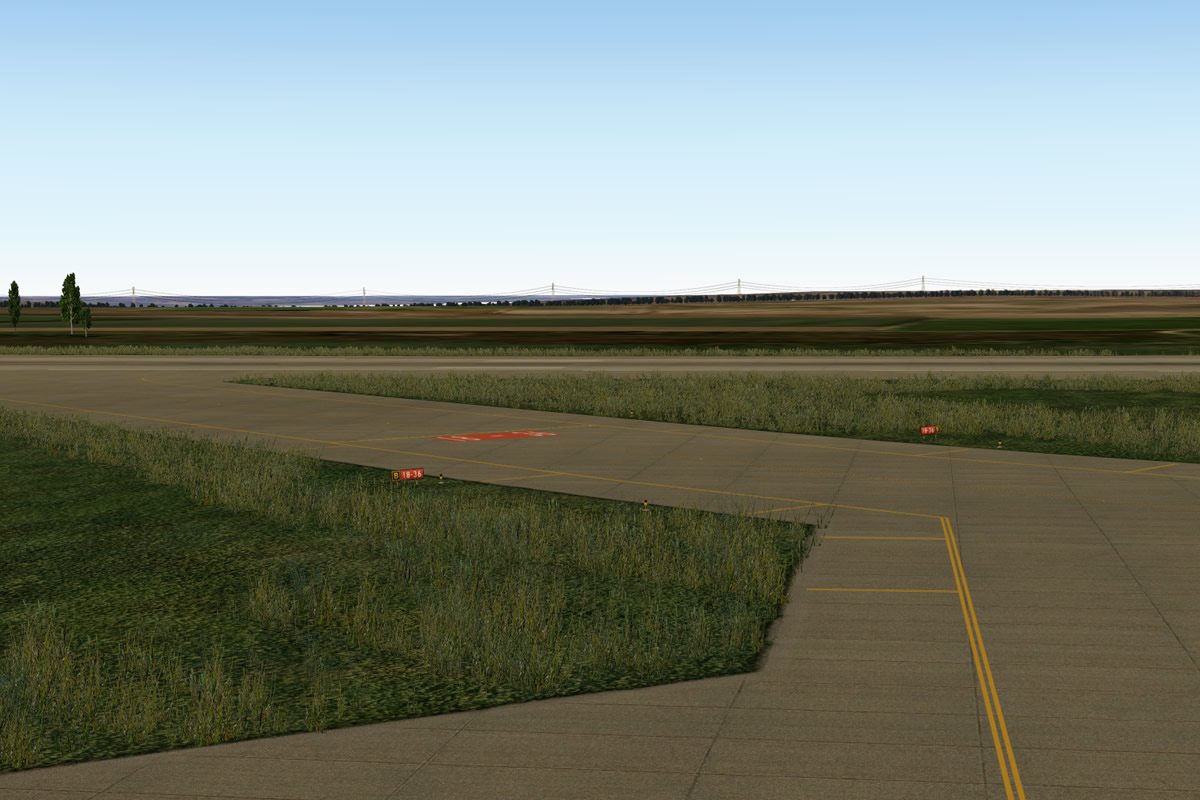 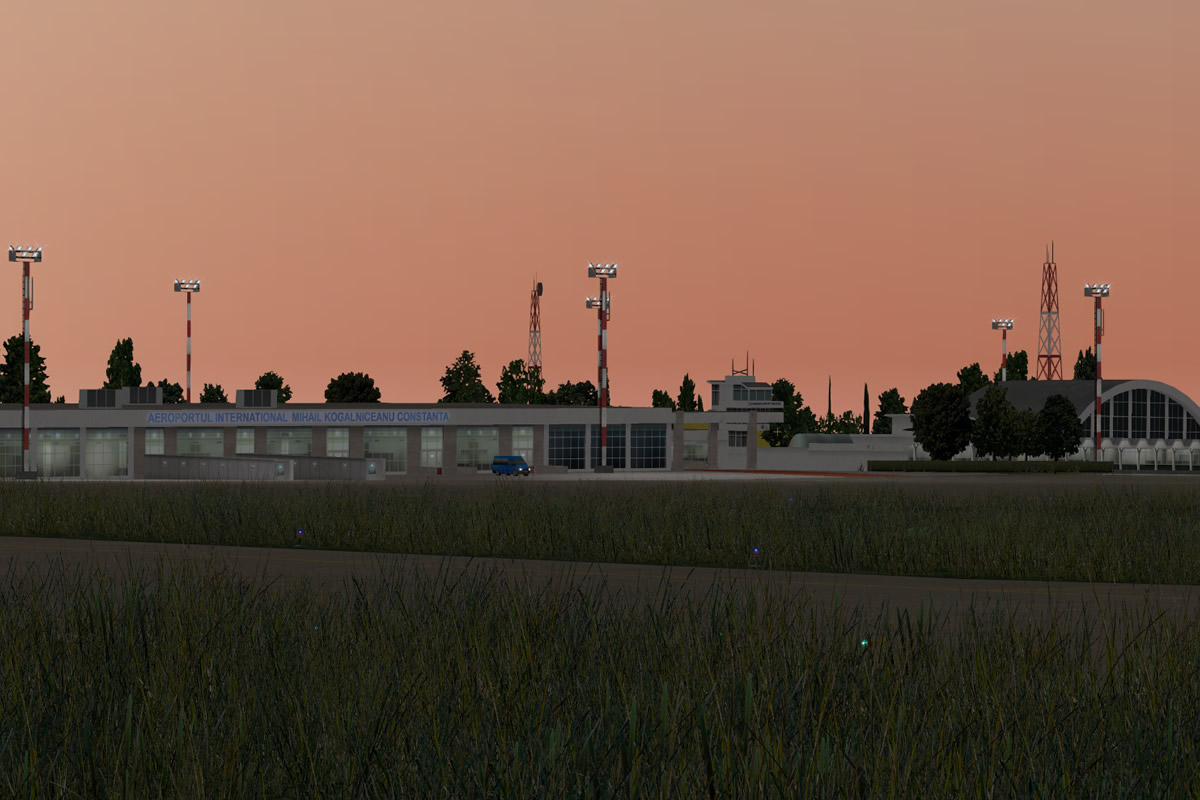 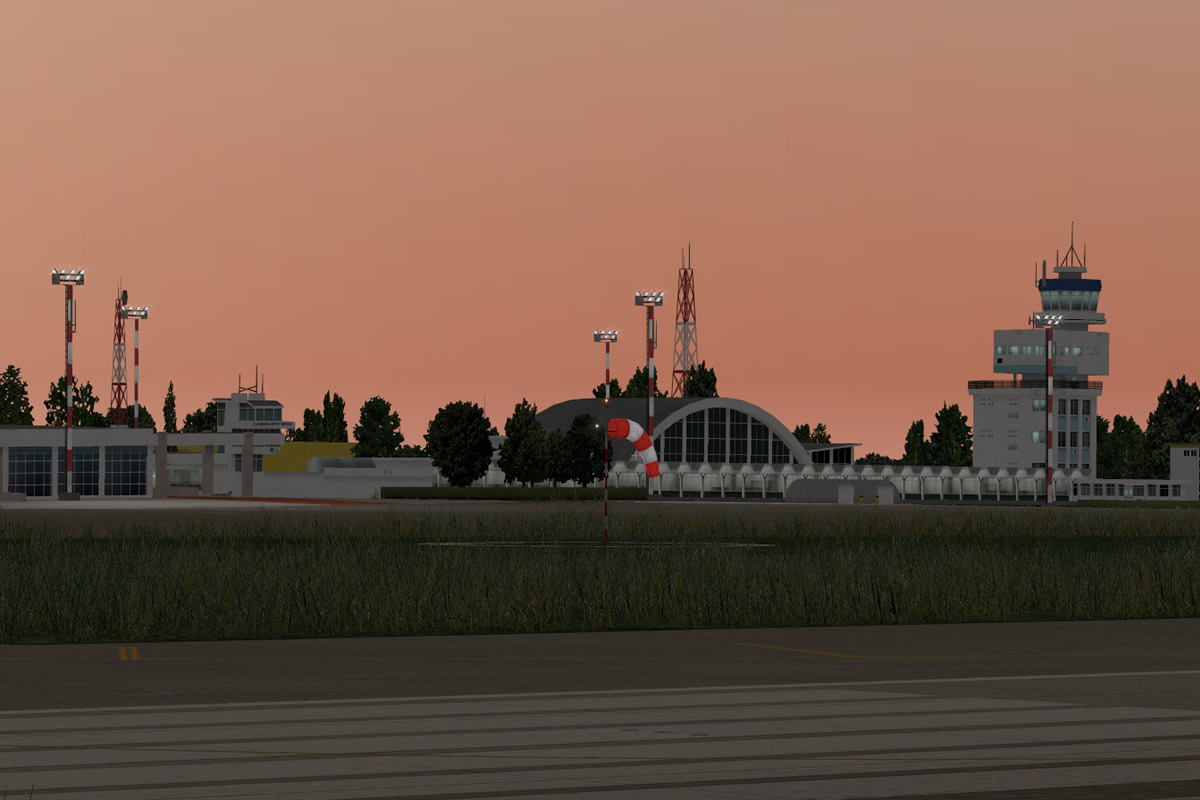 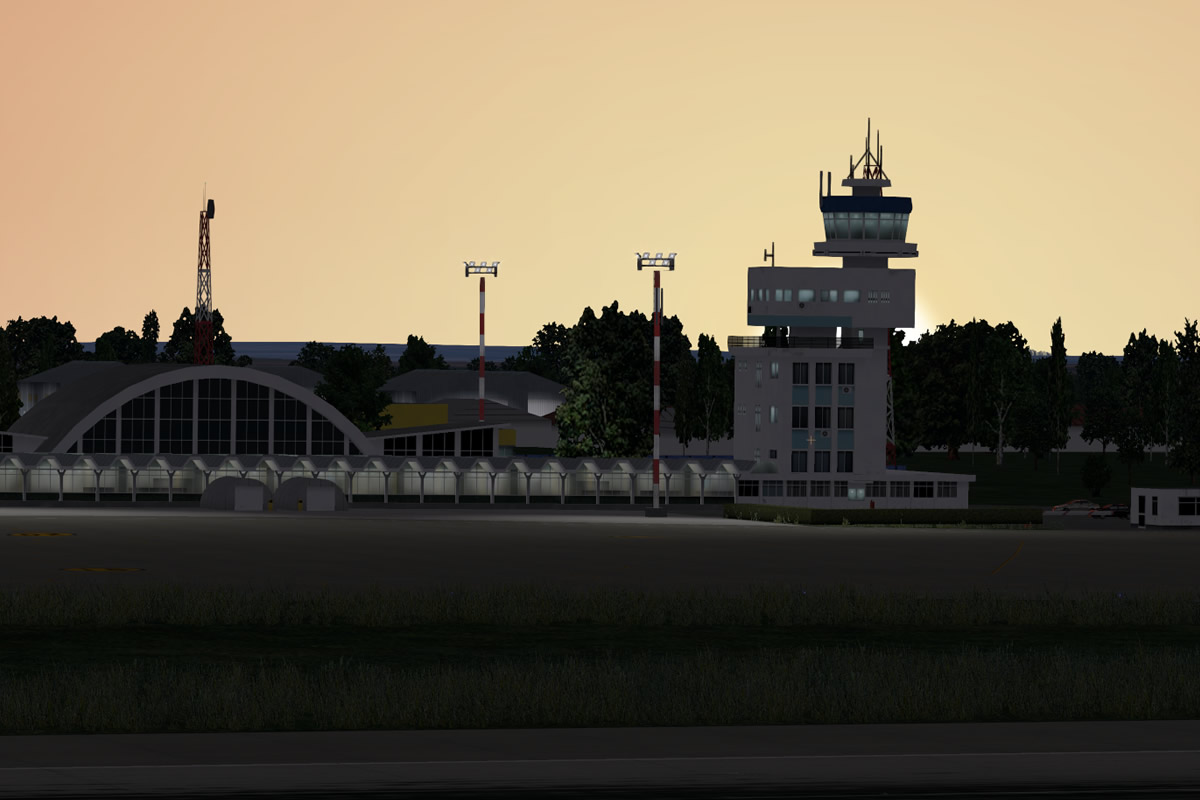 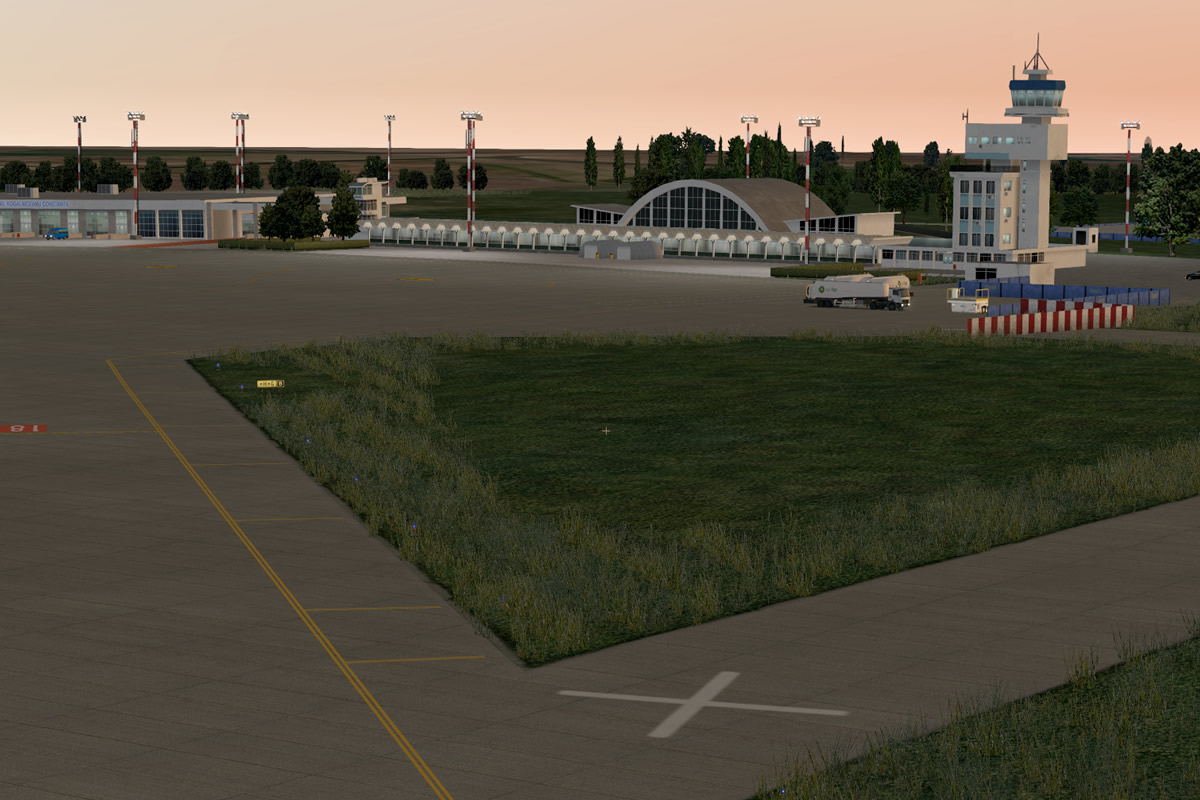 This project is courtesy of cat.A (from X-plane.org user) with which we arrive at agreement on putting improvements and his work.
The 3D buildings are designed fully by cat.A and perfect integrates with common objects of OpenScenery X.

As this scenery we liked and we had intention to do it, before knowing cat.A, we thought about collaborating with this to fix some things, improve visual aparence and offer to all users another free scenery so we have corrected the mesh to work fine with sloped runways, added textures, grass and other visual enhancements.

Mihail Kogalniceanu Airport is situated in south-east Romania, in the commune of Mihail Kogalniceanu, 26 kilometres (16 mi) north-northwest of Constanţa. It is the main airport of Dobrogea region and it provides access to Constanţa city, the port of Constanţa and Black Sea Romanian resorts. Since 1999 it has occasionally been used by the United States Air Force. It has been alleged that the airport was used for clandestine CIA interrogations.

Mihail Kogălniceanu International handled 73,301 passengers in 2013, which represents a 22.5% decrease over the previous year.

Use of the airport peaked at 778,766 passengers in 1979, when tourism to the Romanian Riviera was at a high.