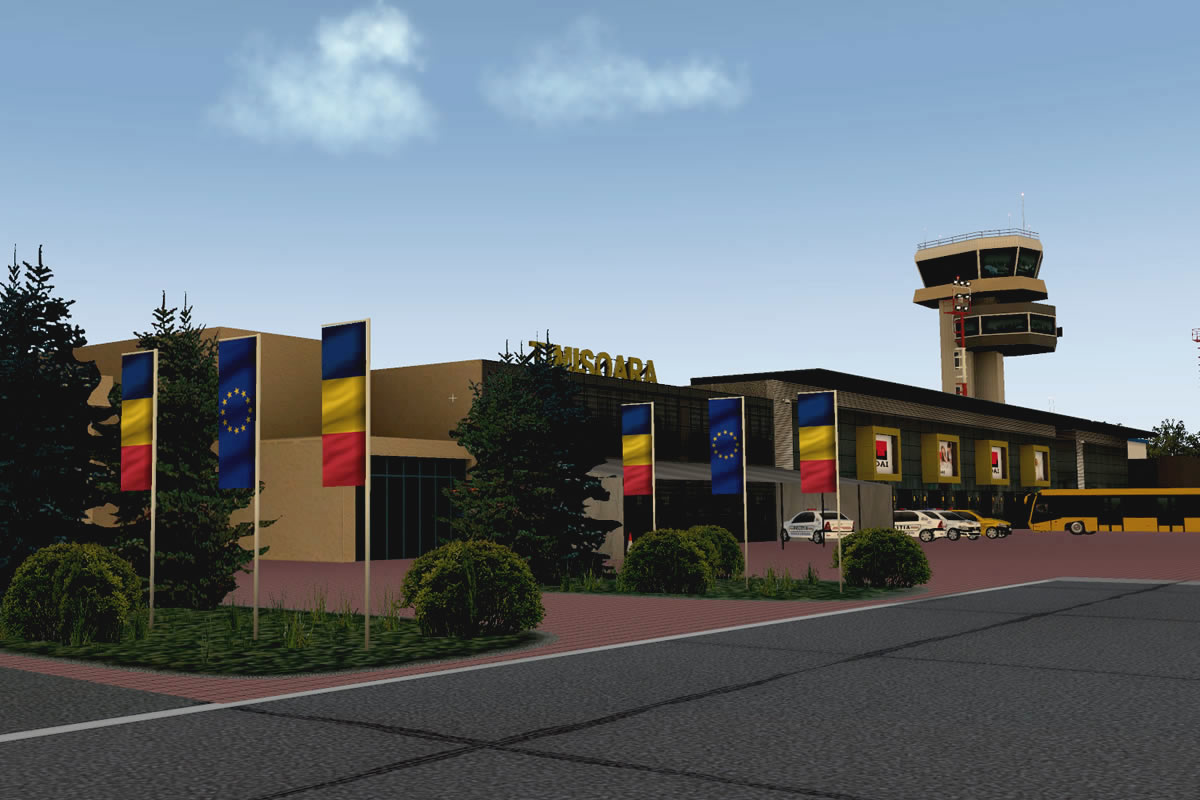 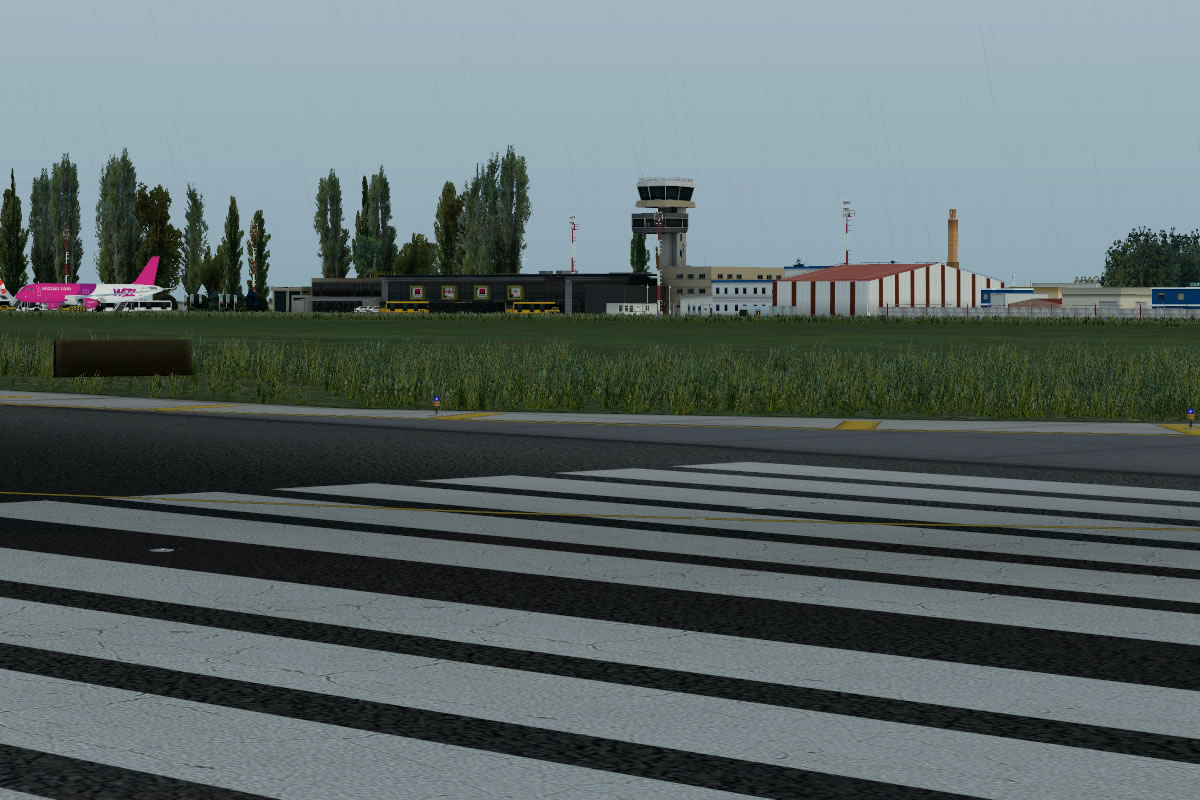 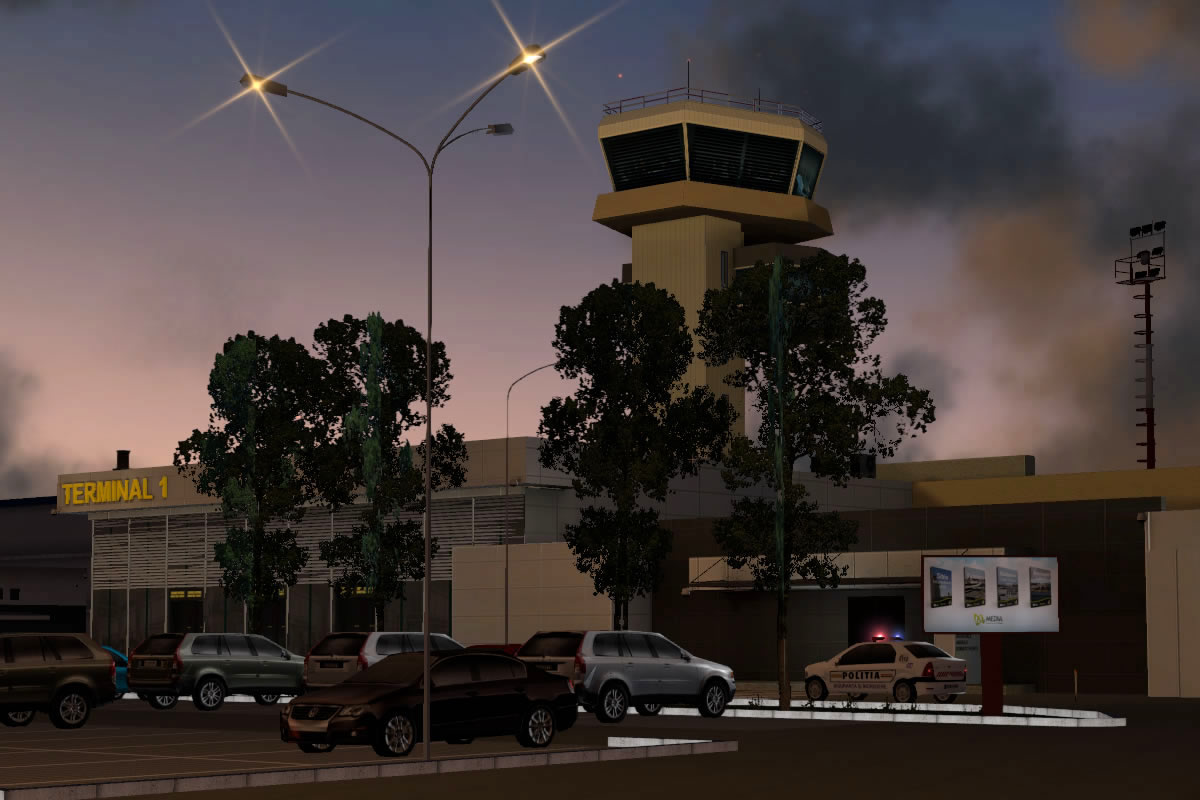 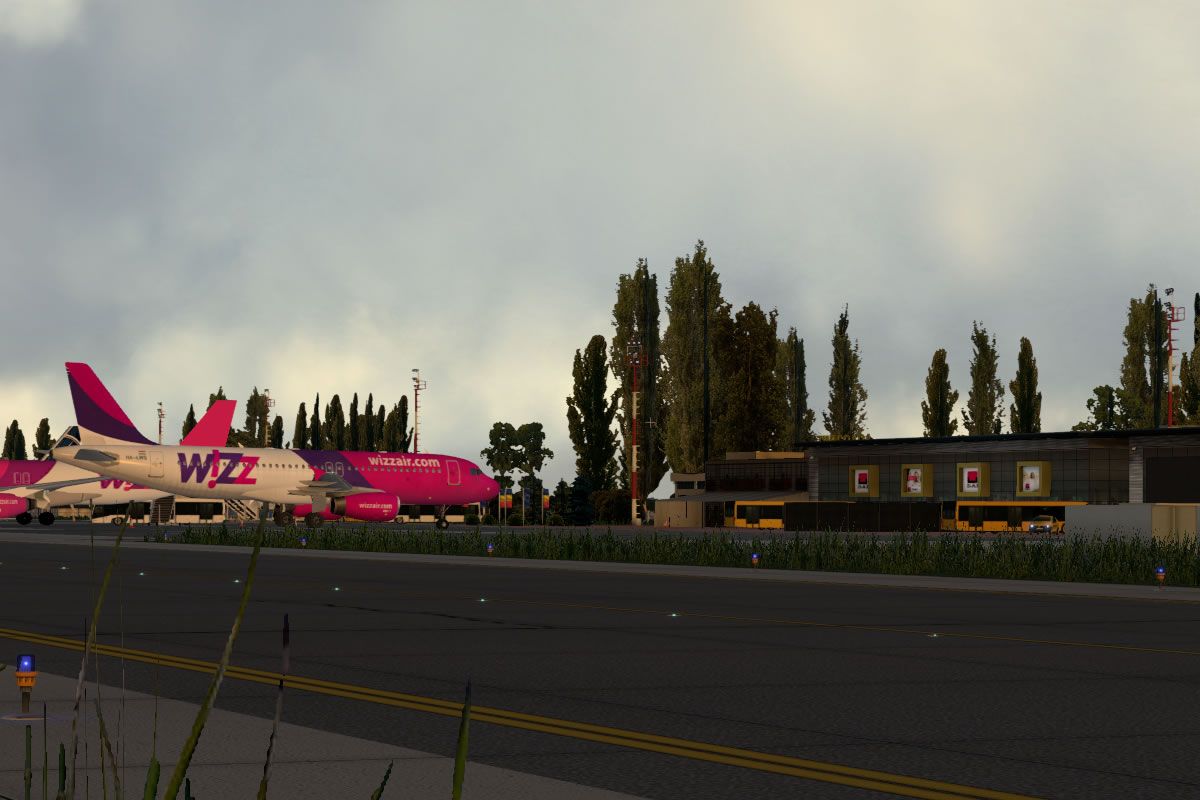 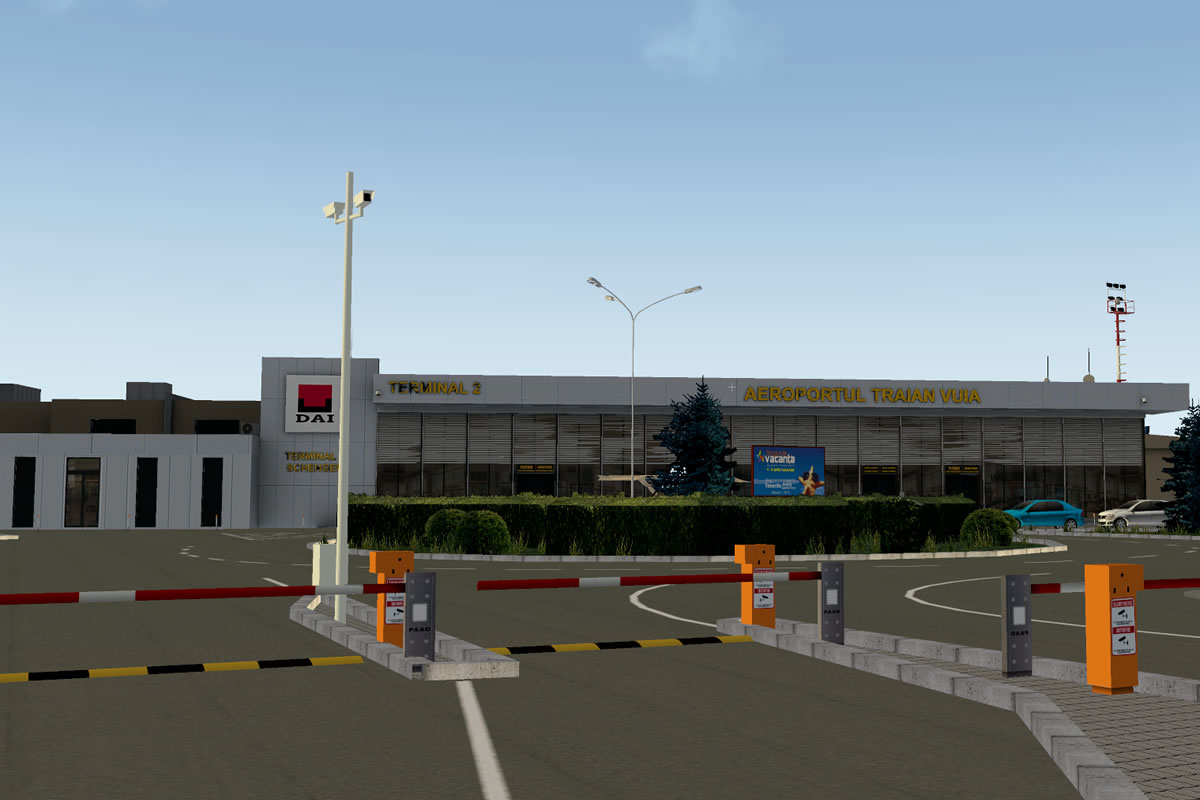 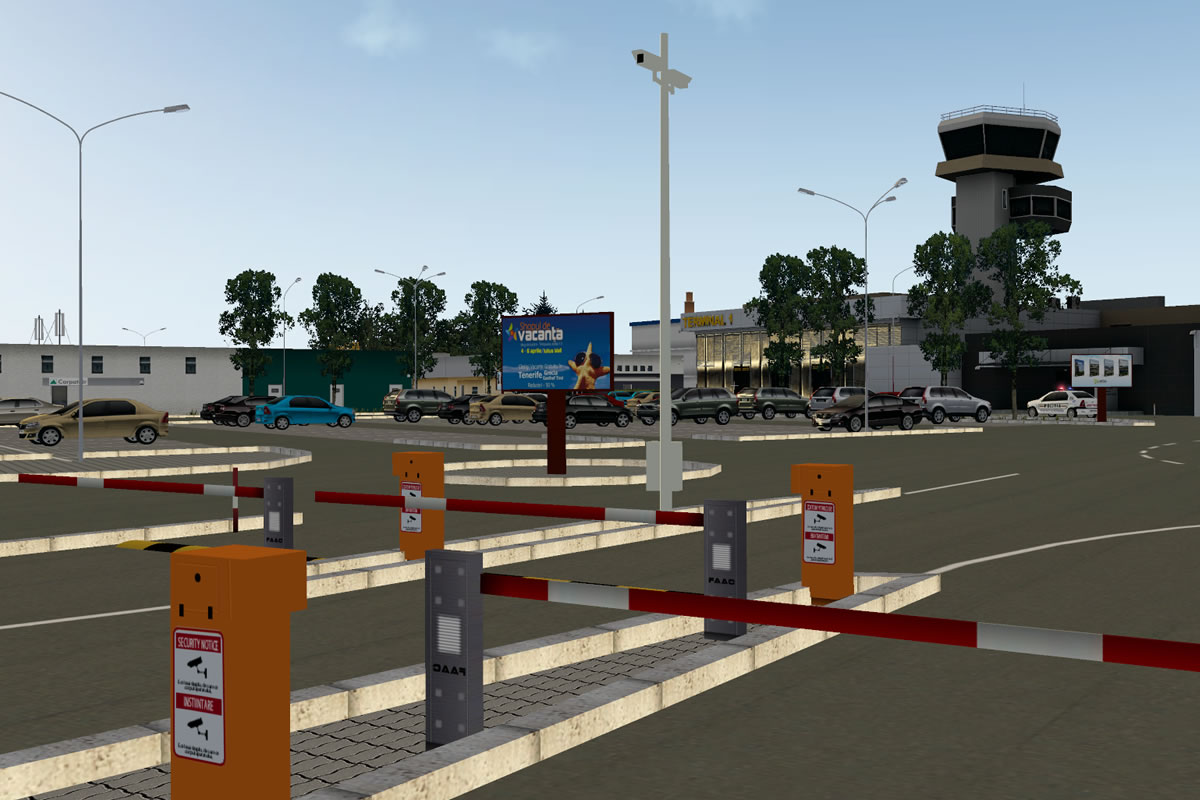 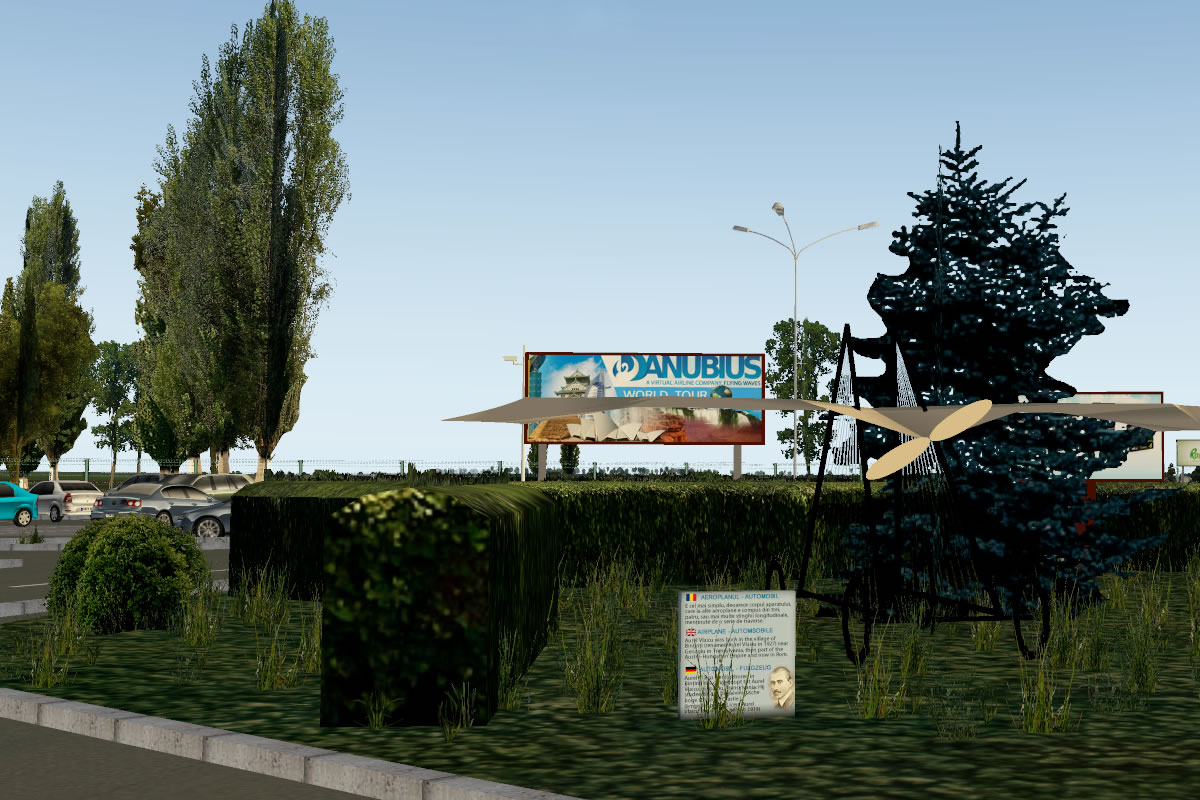 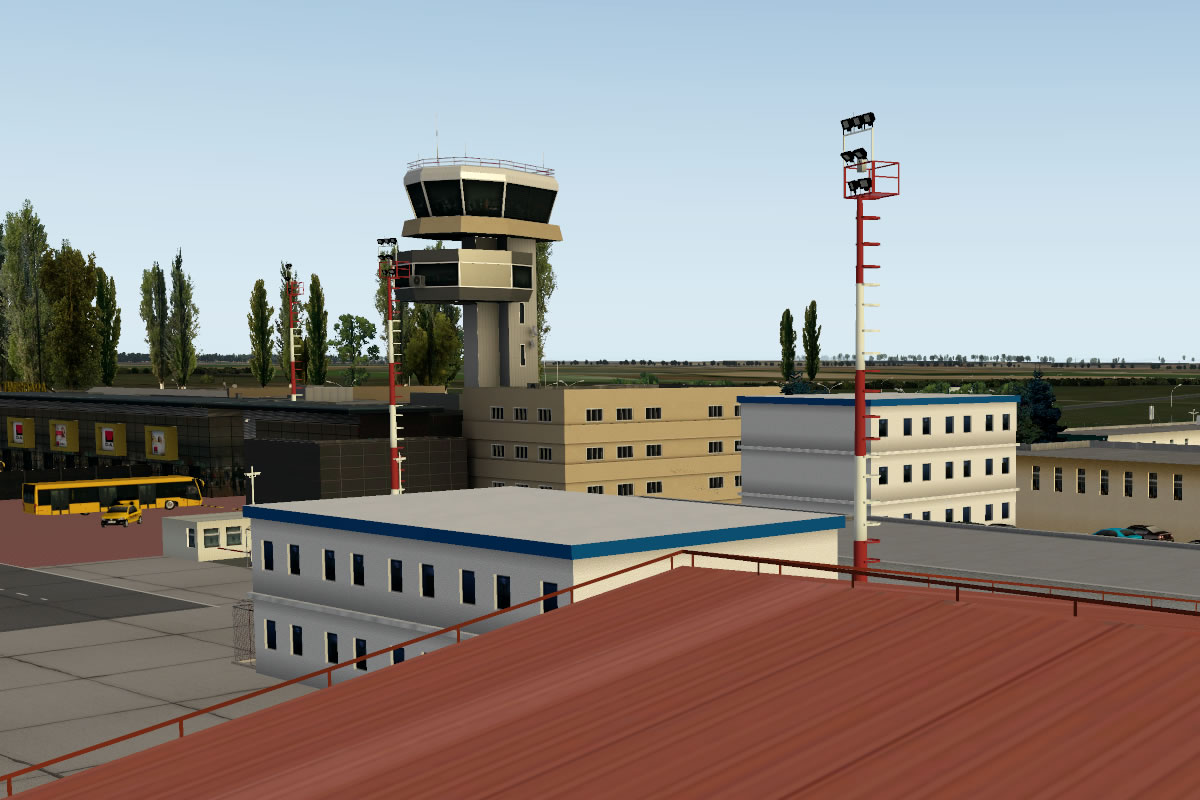 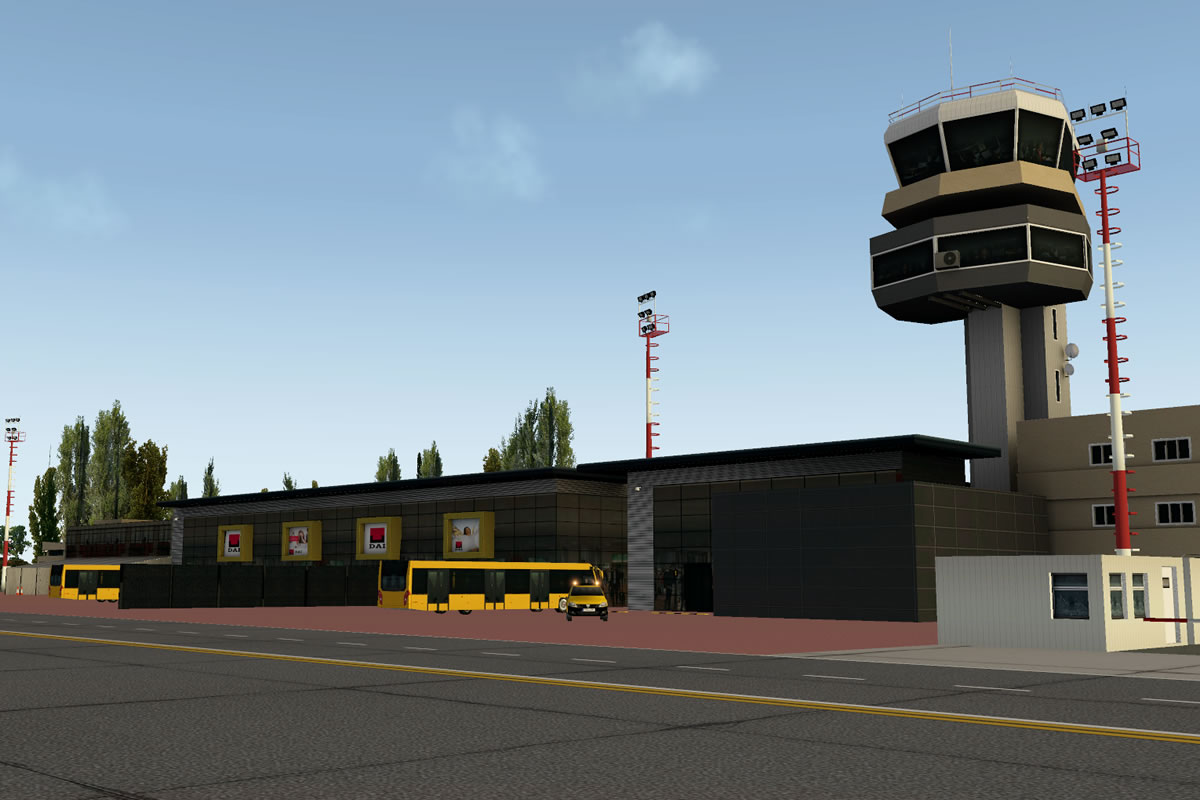 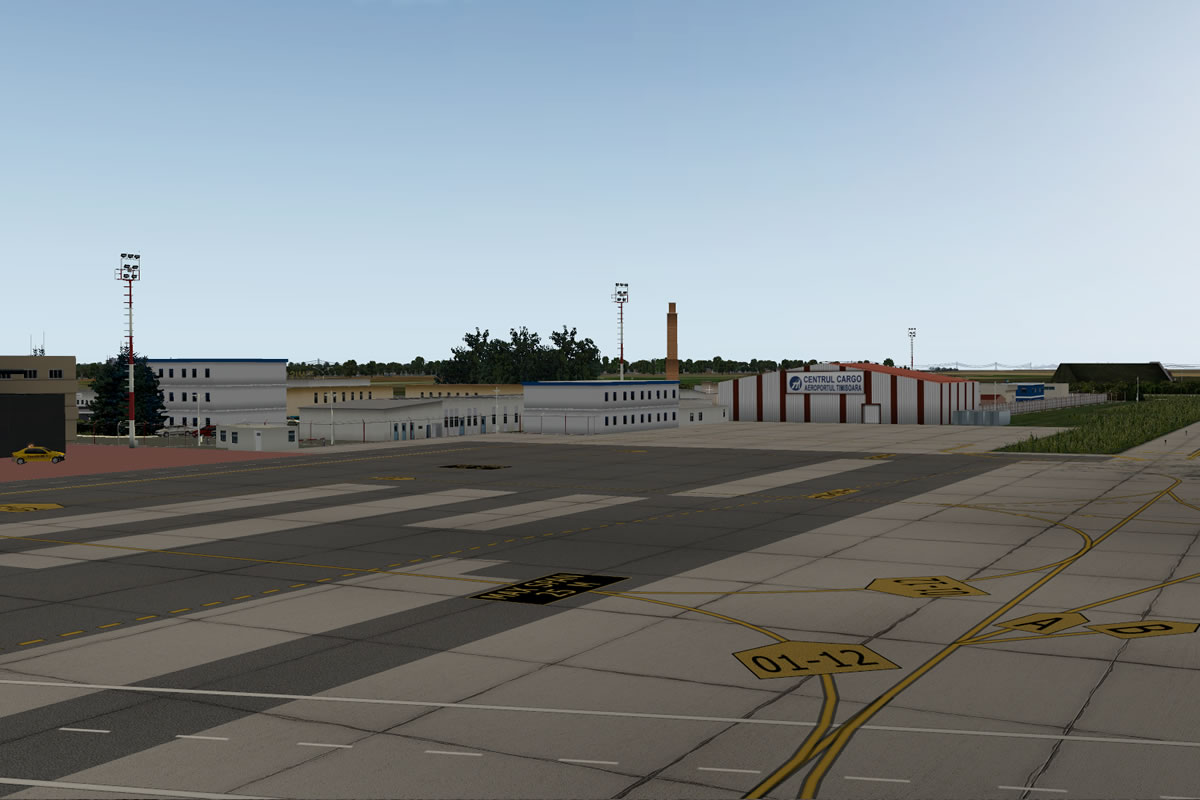 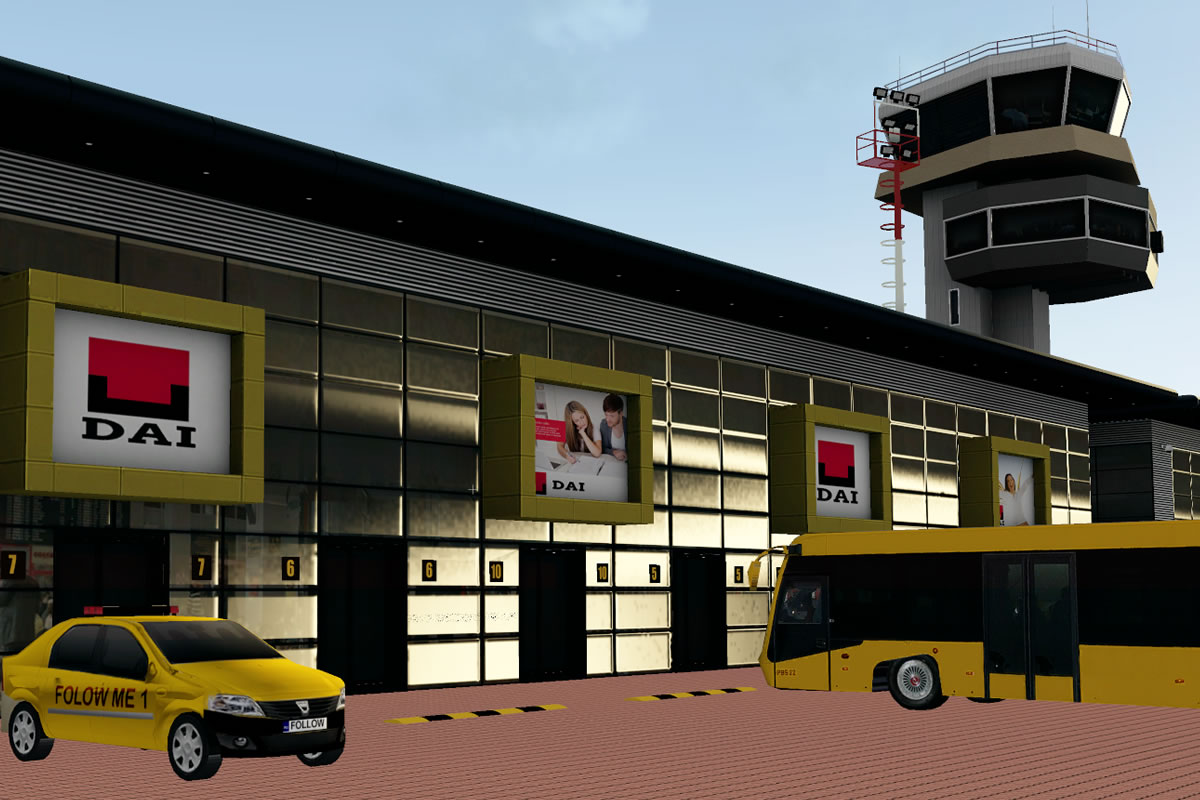 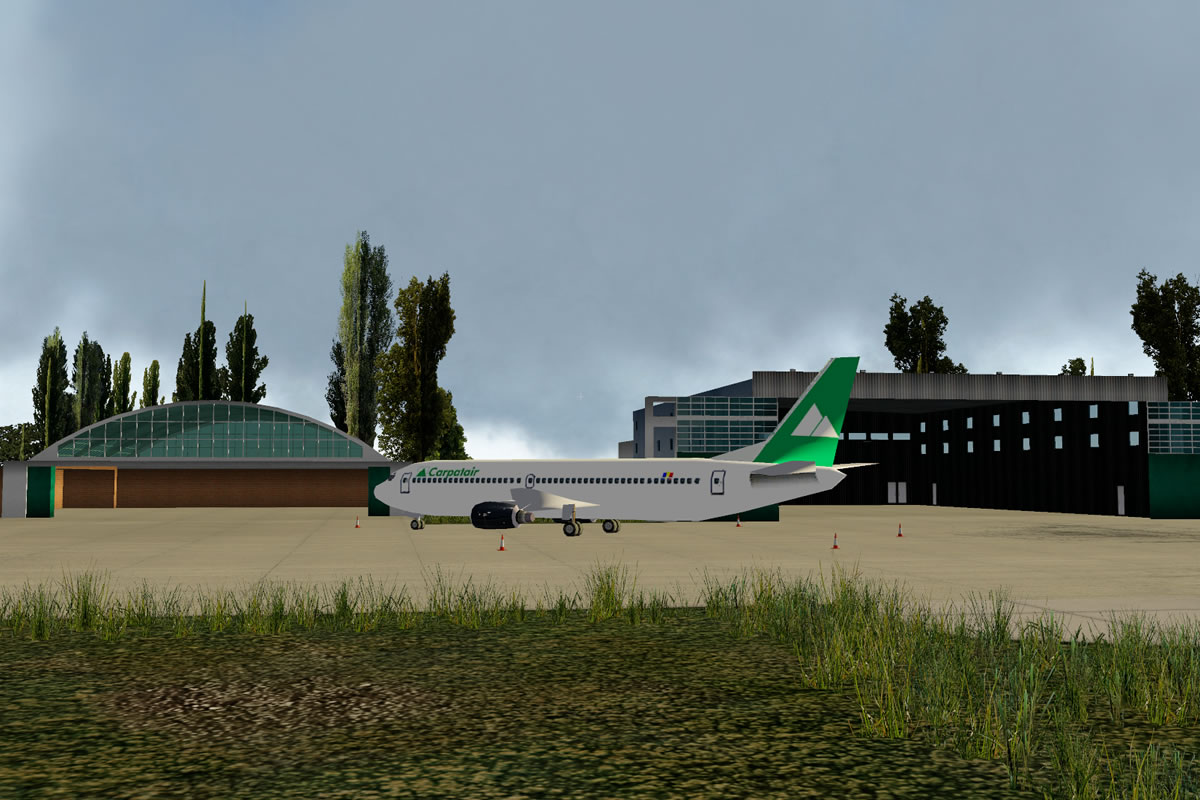 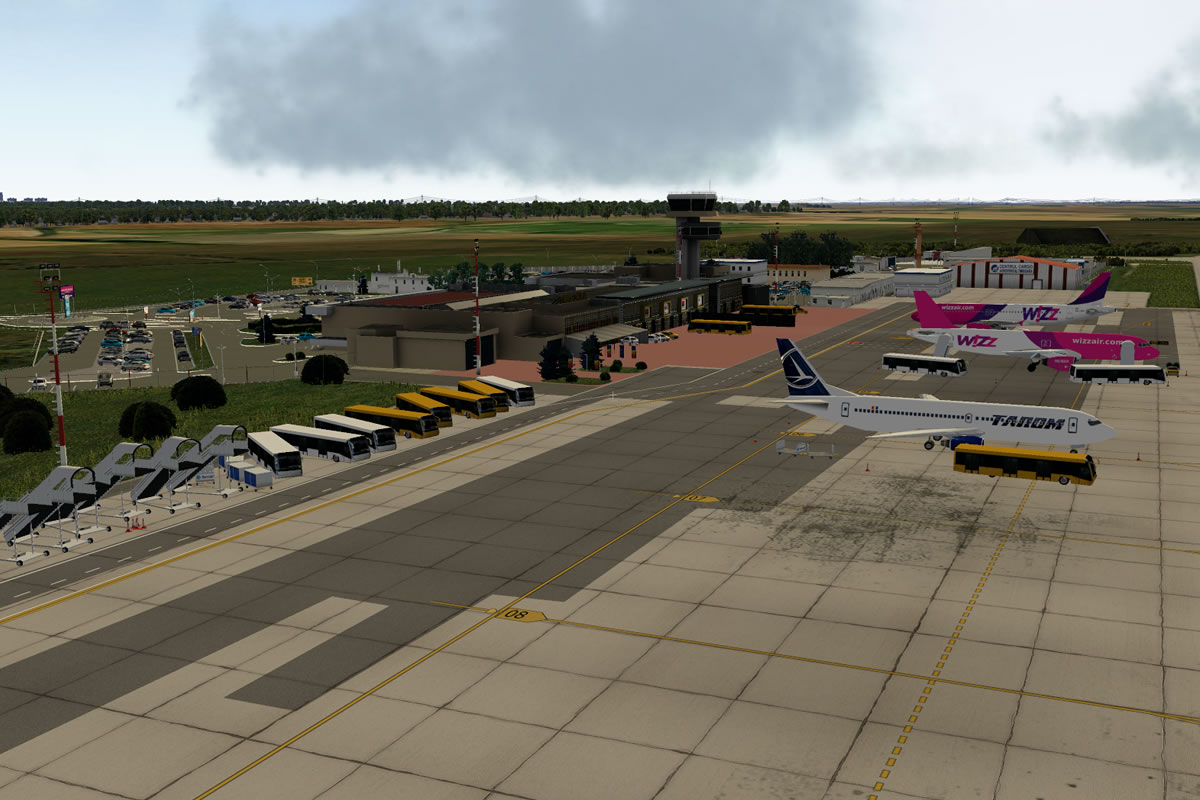 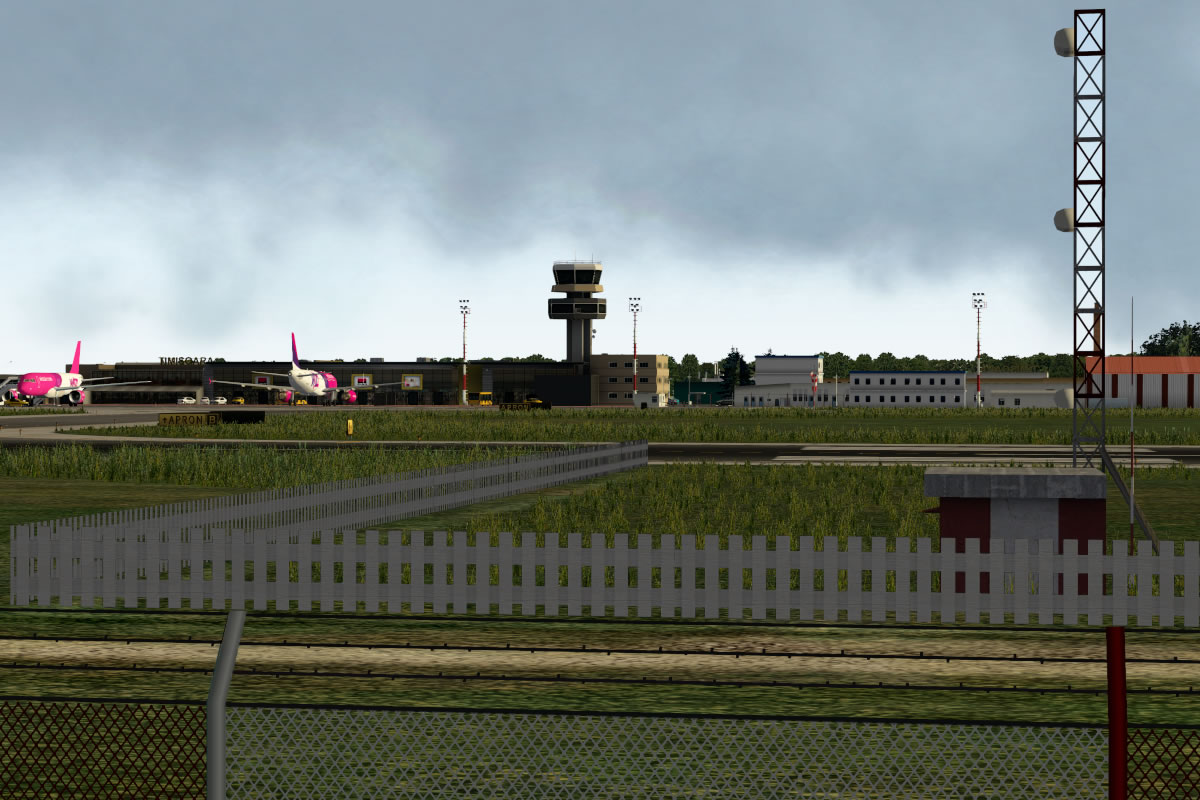 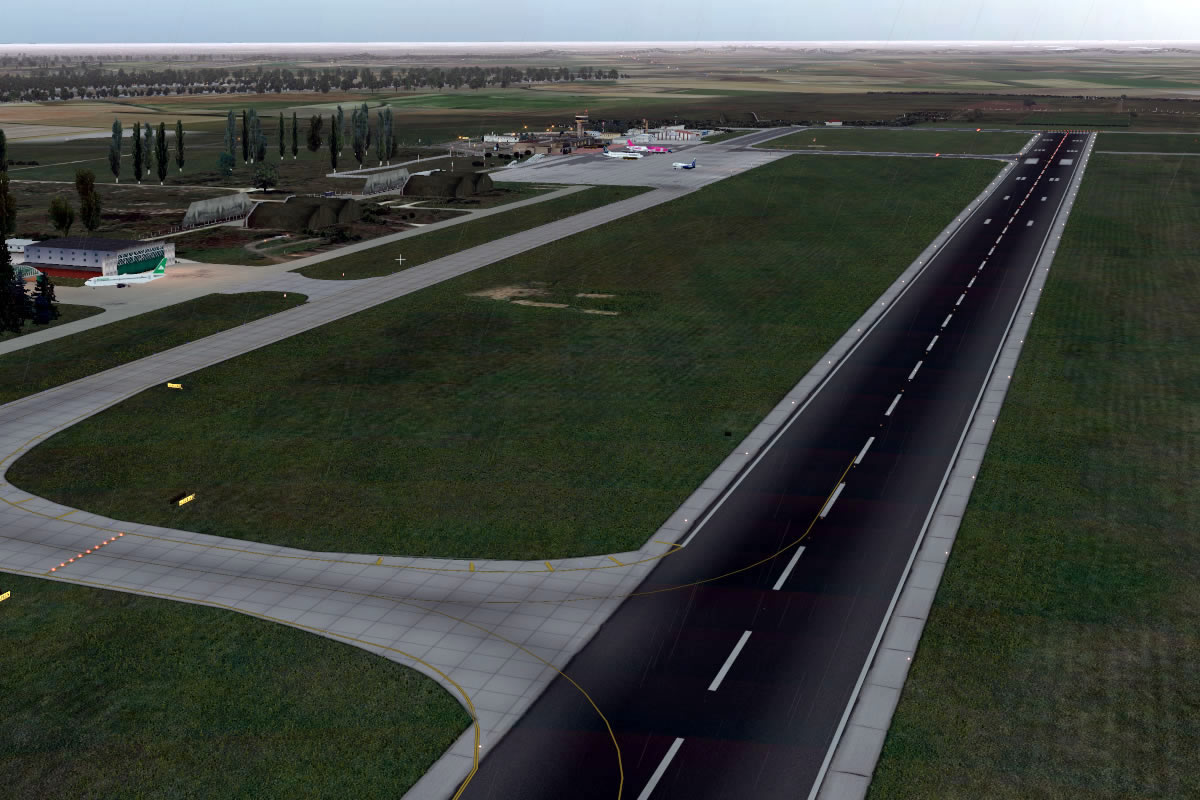 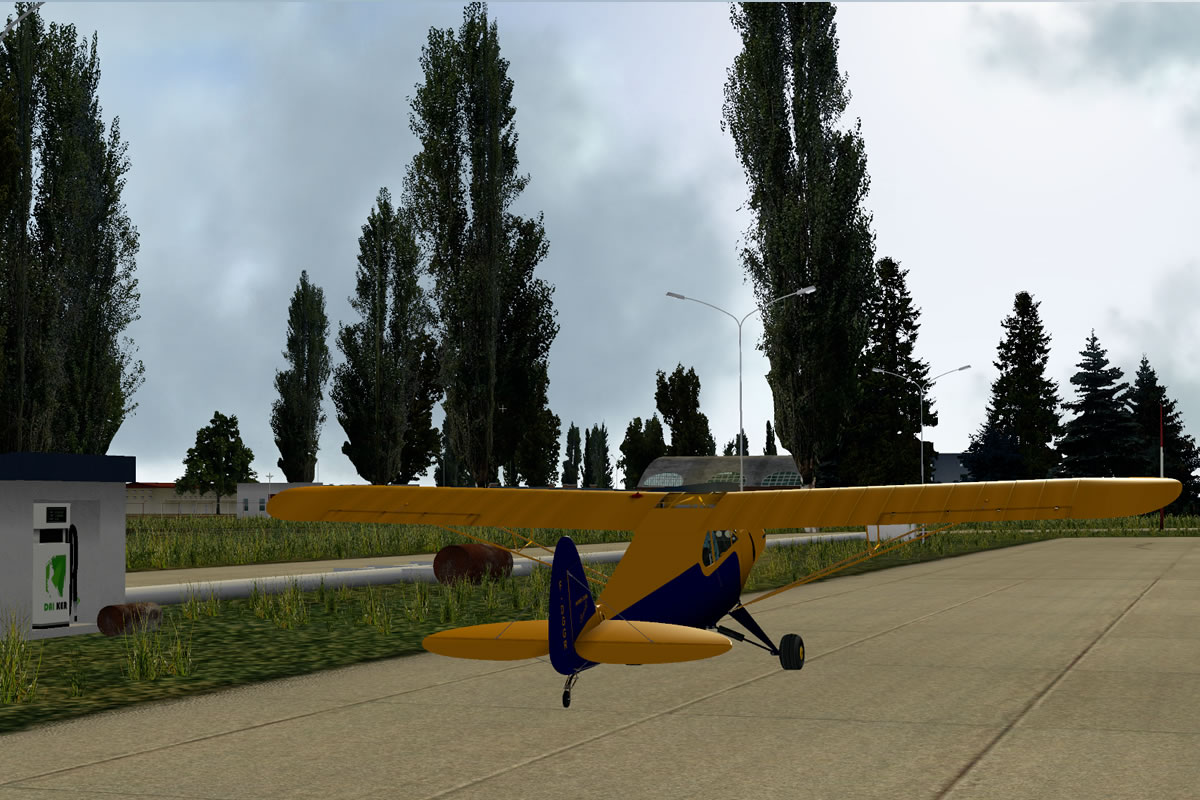 Timisoara is our first development, and is the starting point of this project as a team. LRTR, is the second largest airport in Romania, has an active runway and one terminal. After the success of the first version, and lots of encouragements from a lot of users we make a jump to version 2 which cost us tree months of intensive work for redesign entirely scenery. All user who suported us was be migrated to LRTRv2. We added a plus of detail level like: stop bars taxi, improvments in grass, texturing, modeling, without kill fps and not for last animated doors of hangar with operational hours when open and close doors and others awesome things.

It is located in Timişoara, in the region of Banat, near the Hungarian and Serbian border. The airport was renamed on February 6, 2003 in memory of Traian Vuia, a Romanian flight pioneer and a Timiş County native.

Timişoara Airport is important for business travellers, too, as a number of international businesses operate in Timişoara.

Timişoara's first airport (Timişoara Communal Airport) was built a few kilometers away from the current airport's position, in the town of Moşniţa Veche. The first airplane landed there on July 17, 1935. The airport was rebuilt on its current position in the 1960s. The domestic flights terminal was opened in 1964. In 1980 the airport received International Airport status.